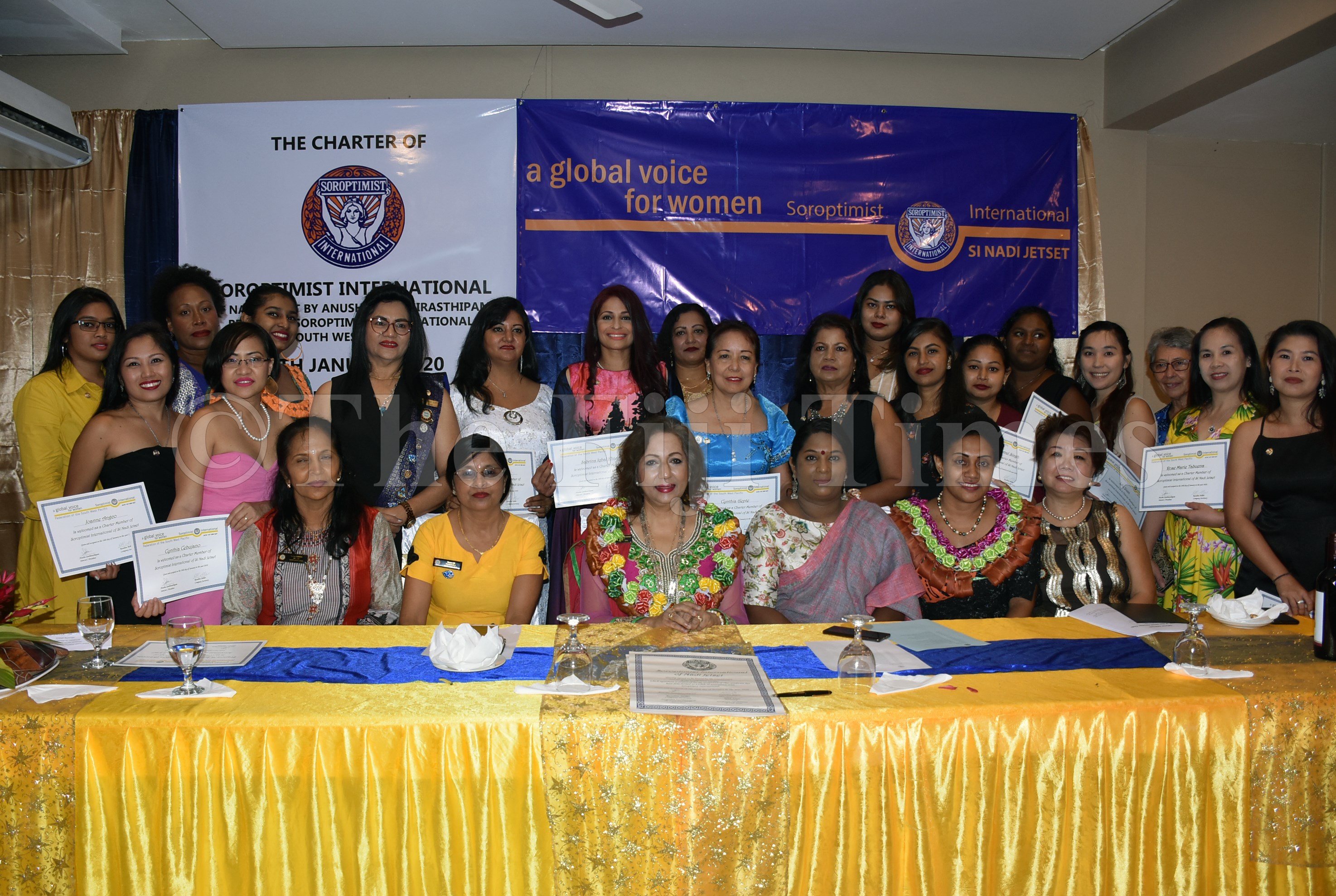 Soroptimist International (SI) of Fiji has now a total of eight branches in the country after its latest group was officially launched in Nadi over the weekend.

Ms Gepte said it was a proud moment for the women who had dedicated themselves to serving their community.

“We already had a SI in Nadi but since the town is getting bigger in population, we just need to have another SI Nadi,” she said.

“The second SI Nadi Jetset is evident of the number of women who were interested in the work that Soroptimist does.

“We are about serving our community and engaging and networking to ensure that we are empowering our women.”

She said a total of 21 women had been inducted into SI Nadi Jetset with more interested in joining.

“I think the soroptimist movement is very impactful and we are always looking for ways to help our women in our communities. If other women see the value in that they will surely want to be part of it.”

Meanwhile, Ms Santhirasthipam commended the women for their dedication.

“I see the prospects that we as soroptimists with all of our skills and talents that we can help our underprivileged women in this country,” she said.

“We can help grow careers, professionals and skills with our own talents in our efforts in making sure that no one is left behind especially in this digital global economy.

“Whatever our issues maybe, we are never alone because we have sisters who may be going through the same things and can help you, which is one of the things that we are about.”