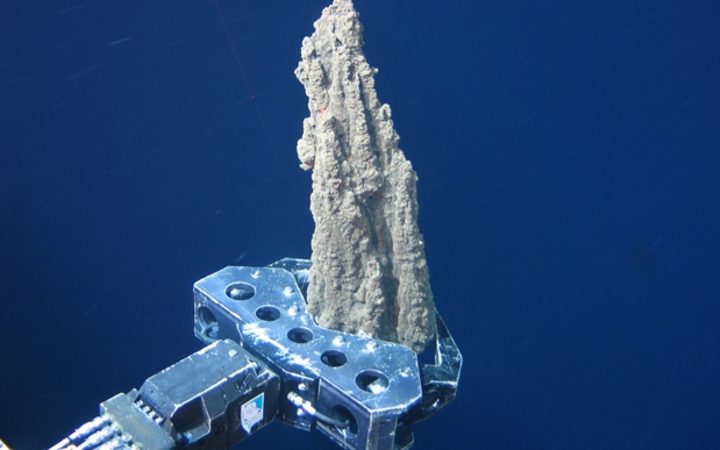 Mining for copper under the sea Photo: Nautilus Minerals

An NGO working with coastal communities near the site of planned undersea mining in Papua New Guinea’s north is demanding a Pacific-wide ban on seabed mining.

Prospective undersea miner, Nautilus, was declared bankrupt in Canada last week, but a new version of the company is understood to have emerged and plans to mine the Bismarck Sea floor.

The Alliance of Solwara Warriors spokesperson, Jonathan Mesulam, said the communities were angry the government was still working with companies that would destroy their livelihoods.

They would take action if it continued to push the Solwara project.

“We are having the mining project in PNG next week and the coastal communities are calling for a total ban on deepsea mining in PNG and the Pacific.

“W would like this message to reach this mining conference that this is the stand of the local coastal communities where livelihoods depend heavily on the sea.”