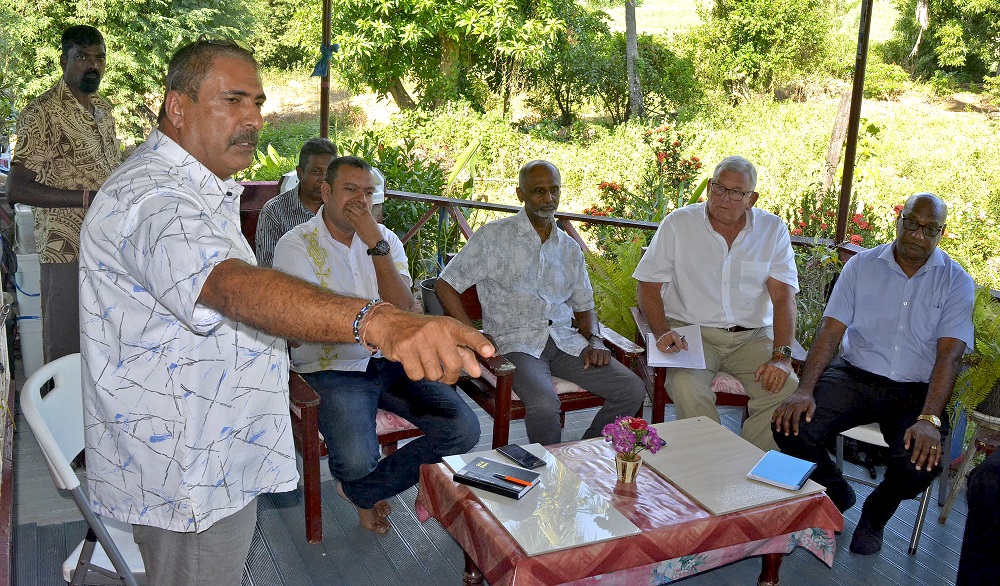 Sugar cane farmer Arun Sharma speaks to the Sugar Industry stakeholders during a meeting with farmers at his home at Moto in Ba. Picture: REINAL CHAND

Prof Prasad said this figure was based on the Fiji Sugar Corporation statistics that showed that 8309 farmers – 70 per cent of the total 11,871 growers – produced 137 tonnes of cane last year.

“We believe it was less than that,” he said.

“But even if 137 tonnes average is the benchmark, then 8309 growers would have earned, if the $85 per tonne of minimum price is fulfilled, a net income of $4795 minus production, harvesting and delivery cost of an average of $50 per tonne of cane.

“This is $1476.20 less than the $6271.20 a worker, working for 45 hours per week, would earn on the current meagre minimum wage rate of $2.68 an hour, inclusive of his or her eight per cent FNPF (Fiji National Provident Fund) contribution.”

Prof Prasad said the NFP had moved an amendment during debate on the 2016-2017 budget to implement a minimum guaranteed price of $90 per tonne of cane for a period of four years starting from the 2016 harvesting and crushing season.

“I had sought to increase the budgetary allocation for sugar from Head 50 for this worthy cause.

“It would have cost Government a maximum of $50m to ensure both a guaranteed price as well as support for our landowners.

“It would have instilled confidence in our growers and reduced the need to offer cane planting grants that are not working because we don’t see an increase in tonnage or acreage under sugarcane.”

In response, the FSC said they did not respond to third-party comments, but had issued a statement on the fourth cane payment and the payment was being processed, with details to be communicated once formalities were concluded.