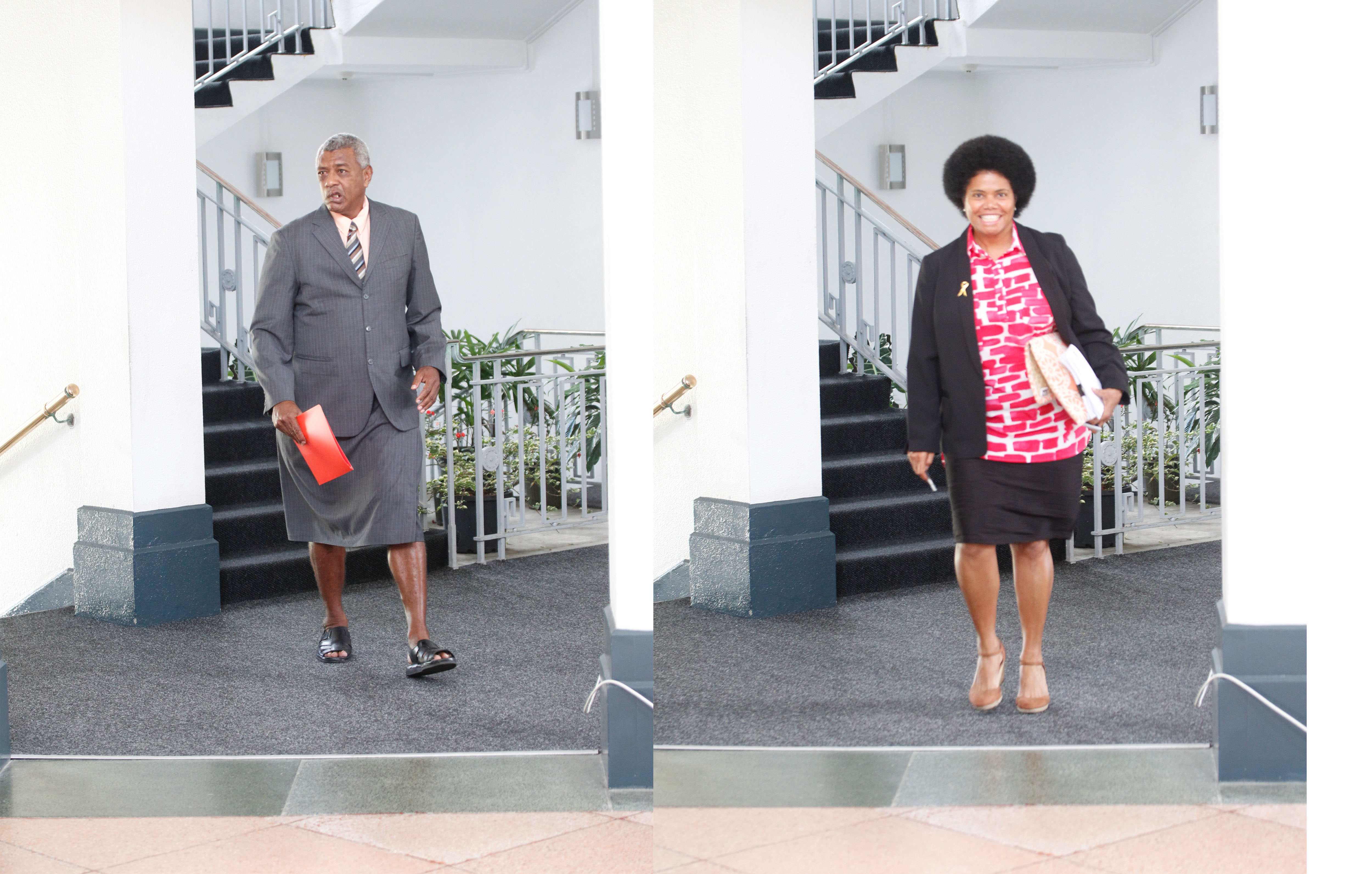 NATIONAL Federation Party members Pio Tikoduadua and Lenora Qereqeretabua walked out of Parliament yesterday after a motion moved by Mr Tikoduadua to amend the Sugar Industry Amendment Act 2015 was struck out.

Speaker Ratu Epeli Nailatikau made a ruling for the motion to be taken out of the Order Paper.

The motion was to amend the Act to facilitate the conduct of elections for the Sugar Cane Growers Council.

Standing on a point of order, Opposition Whip Lynda Tabuya said they were concerned with the manner in which the ruling was made.

Ratu Epeli told the MPs there should be no point of order raised if he had made a ruling on a certain subject matter.

He said amendments to a particular legislation could not be achieved through a way of motion and it needed to follow the process as listed under the Constitution.

Ratu Epeli said such powers were exercised through the passing of Bills by Parliament and assented by the President.

“You know as well as I do and others, that when the Speaker makes a ruling there is no point of order, that is the procedure, there is no question about that,” he said.

Speaking outside Parliament, Mr Tikoduadua said they walked out because they felt the voices of the masses they represented were suppressed through that ruling.

“We walked out of Parliament following a few incidents where freedom of speech and democracy were throttled during this week,” he claimed.

“While we respect the Honourable Speaker’s ruling and the fact it is final, we don’t agree with the rationale. The motion was approved by the business committee, but the Speaker ruled while it was the case, Parliament was the ultimate authority to decide on its submission.

“It must be pointed out that all statements, end of week statements, motions are accepted or rejected by the tables of Parliament before being put to the business committee, the processes were adhered to.”