NFP: Denial of a permit is denial of workers’ rights 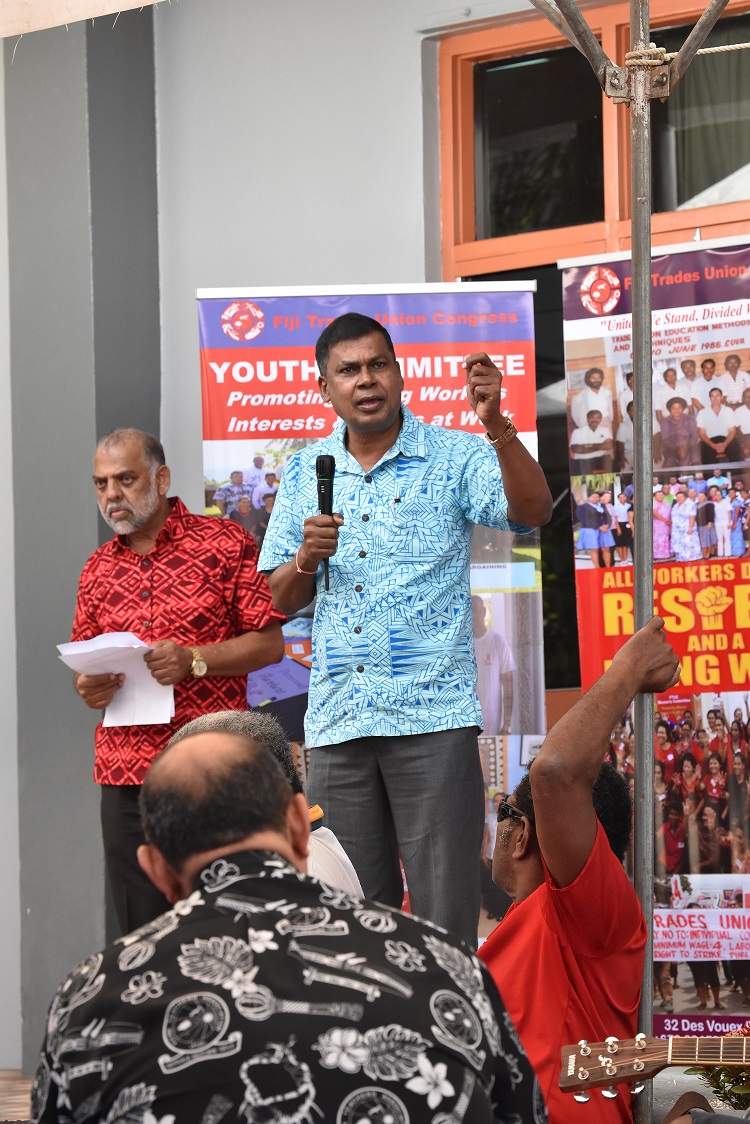 Speaking at the FTUC workers gathering in Suva yesterday, Prof Prasad said the denial of a permit was a denial of workers’ rights.

“This Government has treated the workers and the trade union leaders in this country with contempt since 2006 and claims to have created genuine democracy in this country,” Prof Prasad said.

“When we talk about genuine democracy, the trade union movement is an integral part of this.

“Trade union leaders in this country have been peaceful people. They have never condoned violence.”

He said since 2014, the NFP had continuously raised the issues of trade union rights, workers’ rights and minimum wage.

“I think the international community needs to take note of what is happening in the country. They need to understand that we are not a genuine democracy.

“If we were in a genuine democracy, today (yesterday) the workers of this country would have been marching in a peaceful protest.

“The Government should provide the workers an opportunity to express their rights, allow them to negotiate in good faith and they should adhere to all international conventions and governance of trade union rights in the country.”