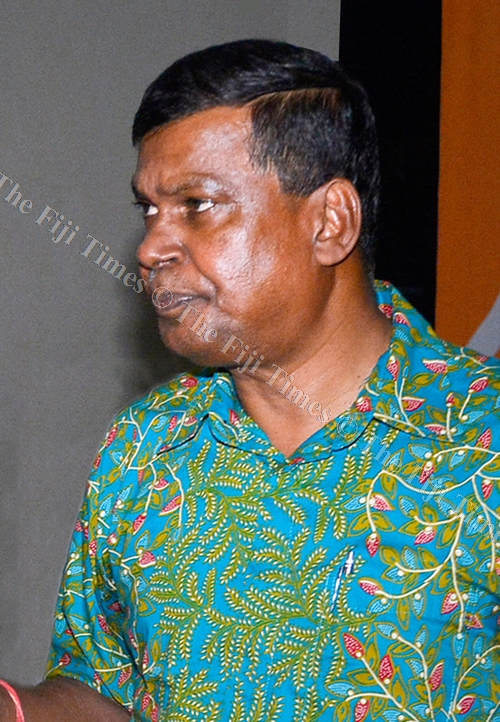 THE National Federation Party has labelled the forceful removal of Ratu Epenisa Cakobau from Bau Island early on Friday morning as “disrespectful” and a blatant show of “thuggery”.

NFP leader Professor Biman Prasad hit out at what he called the disrespectful arrogance of national security agencies, the Fiji Police Force and Republic of Fiji Military Forces, and the manner in which they swooped in to take Ratu Epenisa from his home.

“This is the height of insolence when public funds are used to intimidate individuals in a traditional customary law setting, with no word all day on what Ratu Epenisa Cakobau has done that justified such thuggery,” he said.

“Why has the Fiji Police Force involved itself in what appears to be a civilian matter?

“What circumstances justified such a dramatic show of brute force?

“Will taxpayers be happy with this unnecessary antagonism during the upcoming 2018-2019 Budget announcement only 20 days away and be comforted that the use of their taxes is justifiable in the national security allocation?

“We call on the minister for defence to explain this highly unsatisfactory situation with urgency.”

Ratu Epenisa was taken off Bau Island by armed police and soldiers in the early hours of Friday.

Police Commissioner Brigadier General Sitiveni Qiliho issued a statement saying Ratu Epenisa Cakobau and key players had been taken in for questioning after information was received that they were adamant on continuing with the installation ceremony of the Vunivalu despite the decision made by the Native Lands Commission.

Brig-Gen Qiliho said he had requested the Republic of Fiji Military Forces to provide armed protection in the event of any confrontation with traditionally armed warriors who had already arrived n Bau Island.