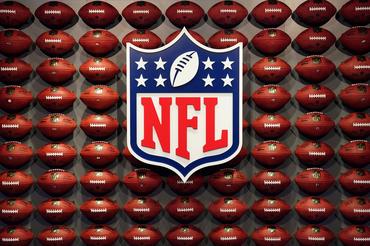 NFL teams soon will receive mouth shields developed to help prevent the coronavirus from spreading among players on the field this fall.

The shield, produced by Oakley, was designed by doctors and engineers from the NFL and the NFL Players Association, ESPN reported Monday. A limited number of players have tried it out so far, and the distribution to all 32 teams will give the gear a better test.

The NFL is not yet requiring players to wear a face shield, but it is recommended. The league and the union have not yet settled on safety protocol for the upcoming season.

“That’s certainly what we’re going to encourage,” said Dr. Allen Sills, the NFL’s chief medical officer, per ESPN. “And we hope that we’re going to land on a product design that’s something that everyone would want to wear, because they’ll see the value and want that additional protection without any detriment to performance.”

The Oakley mouth shield is clear plastic and attaches to the faceguard on helmets. There are openings for air, but they are designed so that droplets will not escape.

Thus far, the two Los Angeles teams — the Rams and the Chargers — have been able to try them out, and assorted others around the league have received the shield to offer feedback.

NFLPA medical director Dr. Thom Mayer told ESPN that visibility and breathe-ability have been brought up by the players.

“We’ve only had it on a few players — we have 2,500 players in the league — but I was surprised that … claustrophobia has not been an issue yet,” he said. “I think it will be when we [have more players testing them].”

The Oakley shield could wind up being an option for players in the regular season, but they also could choose to wear a face shield from other manufacturers.

“Just like everything we do, whether we’re talking about better cleats or better performing helmets, it’s all about something that’s safer and yet also protects and in many cases enhances performance,” Sills said. “That’s the same mantra and the same sort of approach that we’re taking here. I’m really pleased with how the work is going along. We’re not at a finished product yet. Like most things in health safety, there’s really no finish line here. So we’re hoping to continue to innovate and improve as we go along. But we’re excited about where we are and excited about the potential role this may play in risk mitigation on the field.”