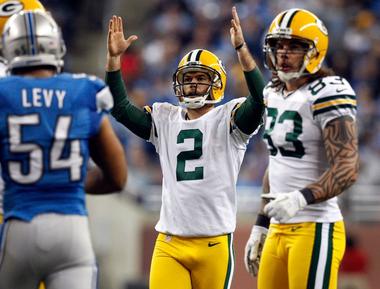 Martindale, 56, spent six seasons as the Ravens’ linebackers coach before being promoted to defensive coordinator in January 2018.

Terms other than the length of the deal have not been announced, but multiple outlets reported the contract is worth $12.9 million, including $6 million in the first year and $3.5 million in the second. Crosby was set to become a free agent on March 18, absent a new deal.

Crosby, 35, has spent all 13 of his NFL seasons with the Packers, who drafted him in the sixth round in 2007 out of Colorado. He made 91.7 percent (22 of 24) of his field-goal attempts last season and missed just one extra point in 41 tries.

Amendola caught 62 passes for 678 yards and one touchdown in 15 games during his first season with the Lions in 2019.

He signed with Minnesota last September and appeared in one game, but did not record a catch before being released by the Vikings on Nov. 27.