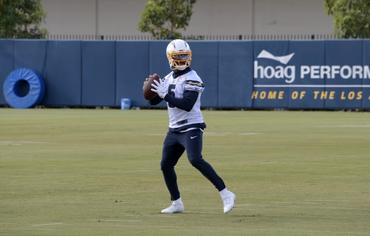 LOS Angeles Chargers quarterback Tyrod Taylor could have an opportunity to earn the starting job for the 2020 season, coach Anthony Lynn said Thursday.

Taylor served as the team’s backup in 2019 to longtime Chargers quarterback Philip Rivers, who parted ways with the franchise after 16 seasons on Monday. Taylor, who signed a two-year, $11 million contract last offseason, joins Easton Stick as the lone quarterbacks on the Chargers’ roster.

“Tyrod Taylor is a heck of a quarterback,” Lynn told AM 570 LA Sports. “We couldn’t have a better backup right now, and now he has an opportunity to maybe step up into a starting role. I’ve had Tyrod before (in Buffalo), and I know what this young man brings to the table, in the passing game and the running game.

But NFL Network’s Ian Rapoport reported that the Steelers still are expected to take it slow with Roethlisberger during the spring.