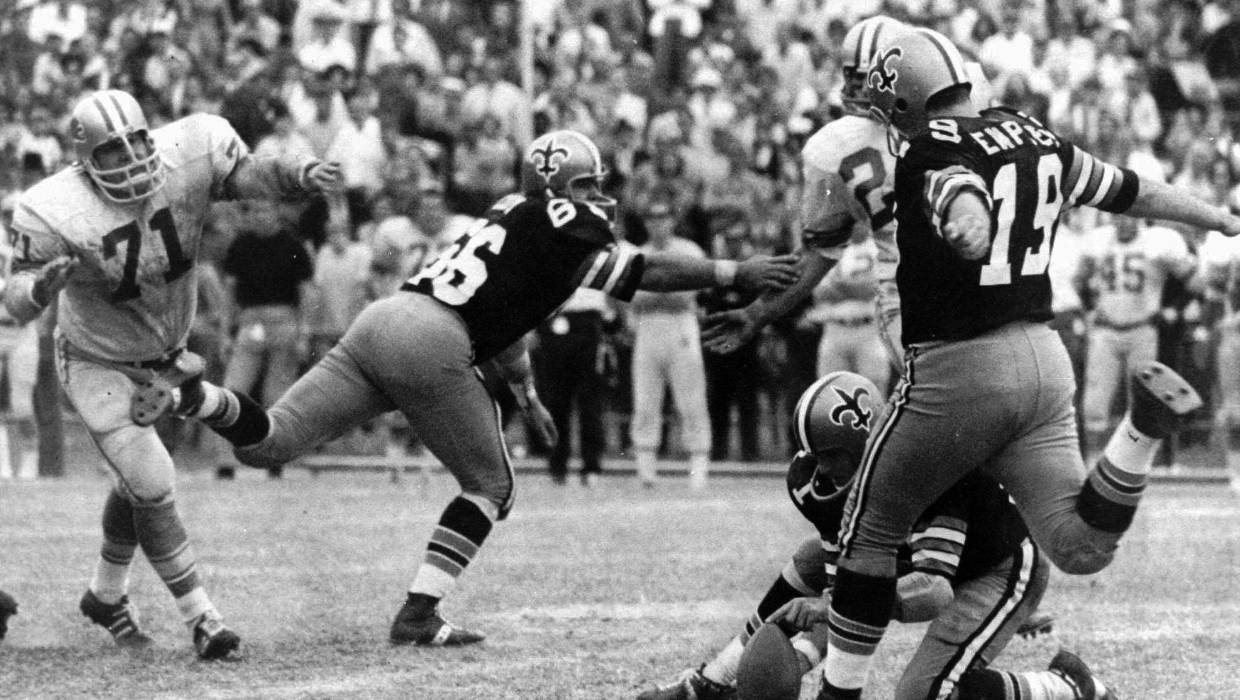 Former NFL kicker Tom Dempsey, who played American football despite being born without toes on his kicking foot and made a record 63-yard field goal, died late Saturday (Sunday NZT) while struggling with complications from the new coronavirus, his daughter said. He was 73 years old.

The Times-Picayune/The New Orleans Advocate first reported Dempsey’s death. Ashley Dempsey said on Sunday (Monday NZT) that her father, who has resided in an assisted living home for several years after being diagnosed with dementia, tested positive for the coronavirus a little more than a week ago.

The Orleans Parish coroner has yet to release an official cause of death.

Dempsey’s game-winning field goal against Detroit on November 8, 1970, stood as an NFL record for 43 years until the Broncos’ Matt Prater broke it with a 64-yarder in Denver in 2013.

Dempsey spent 11 seasons in the NFL. His first two seasons were with New Orleans (1969-70), the next four with Philadelphia, then two with the Los Angeles Rams, one with the Houston Oilers and the final two with Buffalo. He retired after the 1979 season.

“Tom’s life spoke directly to the power of the human spirit and exemplified his resolute determination to not allow setbacks to impede following his dreams and aspirations,” Saints owner Gayle Benson said in a statement.

“He exemplified the same fight and fortitude in recent years as he battled valiantly against illnesses but never wavered and kept his trademark sense of humor.”

Dempsey was born in Milwaukee without four fingers on his right hand and without toes on his right foot. He kicked straight on with a flat-front shoe that drew protests from some who saw the specially made kicking shoe as an unfair advantage. Former Dallas Cowboys President Tex Schramm compared the shoe to “the head of a golf club.”

But Dempsey would counter that by saying he was merely doing the best he could to use the foot with which he was born, and for the most part, NFL officials, including then-Commissioner Pete Rozelle, agreed. Still, in 1977, the NFL passed what is widely known as the “The Dempsey Rule,” mandating that shoes worn by players with “an artificial limb on his kicking leg must have a kicking surface that conforms to that of a normal kicking shoe.”