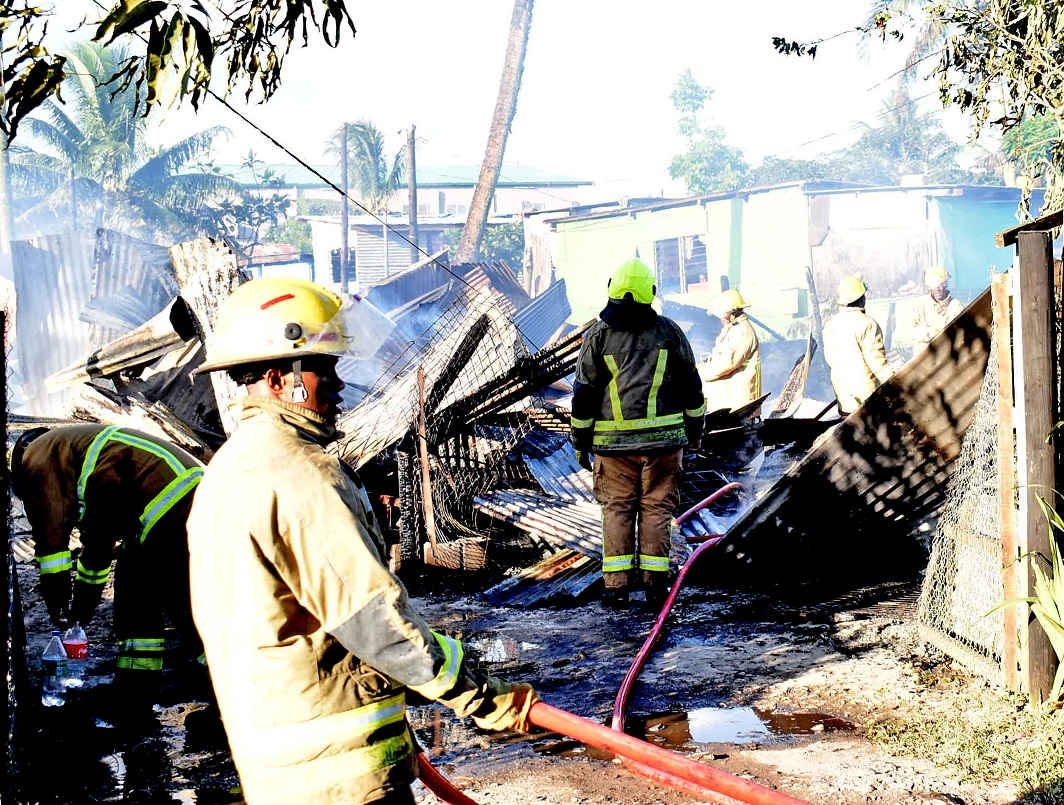 Firefighters could not save three houses that was burnt to the ground, at Wailea Settlement, Vatuwaqa. Picture: JONA KONATACI/FT FILE

Fiji’s National Fire Authority (NFA) has recorded a total of 81 structural fire incidents from January to August this year.

This is in comparison to the 84 fire incidents it recorded last year.

NFA chief executive officer Puamau Sowane said during that eight-month period, the highest cause of fire was electrical-related, accounting for 39.5 per cent of all fire cases recorded.

“From the statistics recorded, we can identify which community is seriously making fire safety a priority and making it their way of life.

“Weather conditions in the Western Division are usually dry compared to the other two divisions and it is our plea to the people to be considerate while lighting or starting any fire. A small fire can lead to a disastrous fire incident.

“Ignorance is a destructive attitude that can destroy your whole life in seconds,” he added.

He said it was the homeowner’s responsibility to ensure their safety was not threatened by the impact of fire dangers in their properties.