NFA: Fire that destroyed thrift shop started from a restaurant 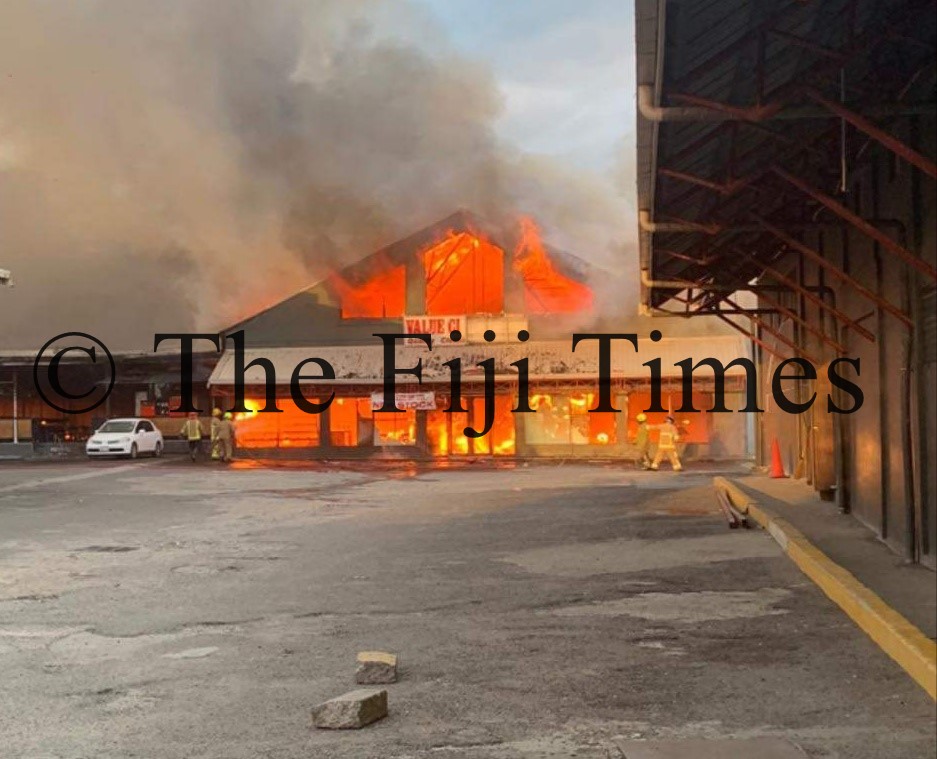 The fire that engulfed part of Flea Market and the entire Value City outlet in downtown Suva this afternoon started from a restaurant.

This has been confirmed by National Fire Authority Media Officer Anishma Prasad.

Ms Prasad said the NFA received a call shortly after 4pm and four fire trucks with a water tanker rushed to the scene.

She said firefighters from Valelevu, Nakasi and Suva stations were part of the team deployed to the scene.

The fire started shortly after 4pm.

Grab a copy of tomorrow’s edition of The Fiji Times for more on this story.