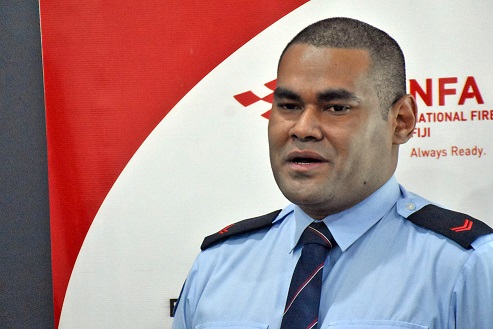 The National Fire Authority (NFA) recorded “224 emergency calls” during the time when a home fire allegedly claimed the life of a 6-month-old baby in Nadonumai, Lami.

This, according to NFA’s qualified firefighter Paul Moses during a media conference in Walu Bay, Suva yesterday.

“Out of that 224 calls, according to the system in the command centre, it records each individual calls.”

He said a majority of the calls received on that day were queries, which accumulated to 128 calls.

Out of the 224 calls, Mr Moses said 55 were classified as “nuisance calls”.