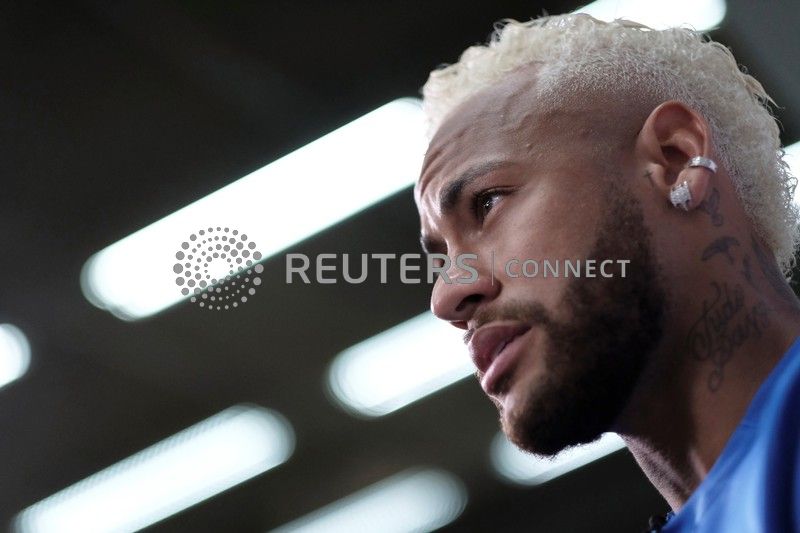 PARIS (Reuters) – Brazilian Neymar will not play in Sunday’s season opener for Paris St Germain, the Ligue 1 club said, as speculation continues to swirl over whether or not the forward will remain at the French champions.

“He has not completed a full week with the team and, for that reason, he will not play with us tomorrow,” PSG coach Thomas Tuchel told reporters on Saturday, ahead of the league match against Nimes.

Another source at the club said PSG was hoping to make a decision soon regarding Neymar’s future in the French capital.

“We are still in talks over moving things forward, to see if he will stay or not,” said the source, who added it was important the team “stays focused on the championship”.

“Neymar is not in top physical condition,” they added.

The Qatari-owned club has won Ligue 1 for six of the last seven campaigns, with only AS Monaco interrupting the run in 2016-17. PSG finished 13 points clear last season and 16 points ahead the season before that.

Sporting director Leonardo Araujo, back for a second stint in the role, has said Neymar can leave if a buyer is found.

Neymar joined PSG from Barcelona in 2017 in a deal valued at a record 222 million euros (206.6 million pounds). However, his spell in Paris has been blighted by injuries which have kept him out of key Champions League matches.