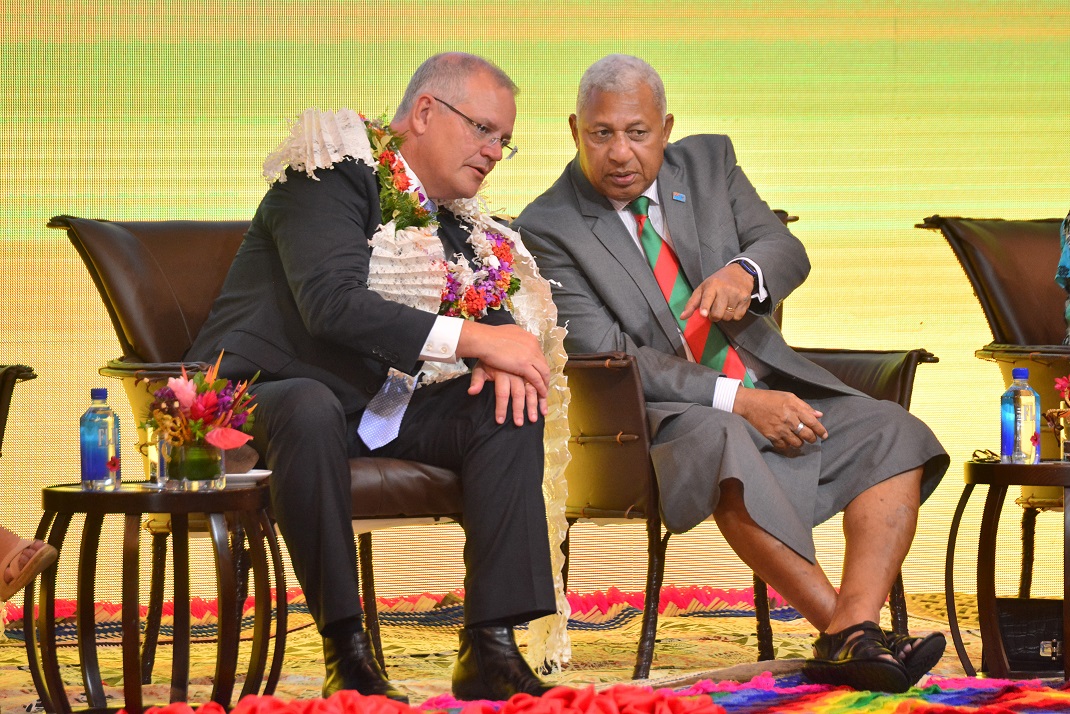 “THE newfound closeness between Fiji and Australia feels not only genuine but personal.”

These were the words of Fiji’s Prime Minister Voreqe Bainamarama while congratulating his Australian counterpart Scott Morrison on winning the Australian Federal Elections.

PM Bainimarama said Mr Morrisson’s visit to Fiji earlier this year was the start of a new partnership.

“It brings me immense encouragement to know that, with your remarkable victory, our historic bilateral meeting in January was just the start of a momentous new partnership for the Pacific,” the Fijian PM said on his Facebook page.

“When you and Jenny visited Fiji earlier this year, we marked the beginning of a new chapter –– nay, an entirely new book –– in the relationship between our two nations. With our ‘vuvale’ reset, we aligned our foreign policies to better reflect not only our shared national interests, but also the deep values that bond the Fijian and Australian peoples,” he added.

“Fiji is looking to the months and years ahead with both great hope and bated anticipation. In Australia, you have defied all expectations; let us take the same underdog attitude that inspired your parliamentary victory to the global fight against climate change.

“By working closely together, we can turn the tides in this battle –– the most urgent crisis facing not only the Pacific, but the world. Together, we can ensure that we are earthly stewards of Fiji, Australia, and the ocean that unites us. Together, we can pass down a planet that our children are proud to inherit,” he added.

All results are provisional until the Australian Electoral Commission returns writs, which must occur by June 28, 2019.