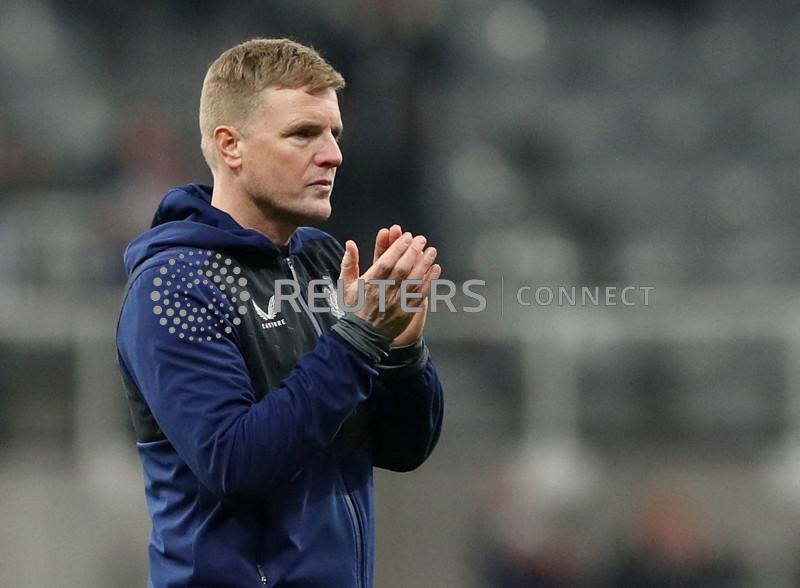 Newcastle were taken over in October by a consortium led by Saudi Arabia’s Public Investment Fund (PIF), which is chaired by the Saudi Crown Prince Mohammed bin Salman.

The Premier League, who came under pressure to block the deal, said it had received “legally binding” assurances that there was clear separation between PIF and the kingdom of Saudi Arabia.

Howe’s side, who are 19th in the standings and facing relegation, do not play again until they host Everton on Feb. 8 in the league and the manager said the plan to make the trip was a “football decision”.

“I think the facilities will be first class, and I think the players will be well looked after,” Howe told reporters ahead of Saturday’s trip to Leeds.

“We’re doing it for the benefit of the players and the group in our fight to stay in the division, that’s my only thought.

“We have a big gap, I am comfortable with players travelling and I think it’s worthwhile. The players will be looked after. In terms of COVID, things will be tight and we will try and go and do some work.”

Newcastle have already signed full back Kieran Trippier and striker Chris Wood in their bid to avoid relegation. Howe was impressed with Wood on his debut against Watford and said he needed more service from his team mates.

“I thought he played well last week,” Howe said of his 25 million pounds ($33.92 million) striker. “With Chris we need to get bodies around him and he needs to be supplied and if we can do that he’ll prove very effective.”