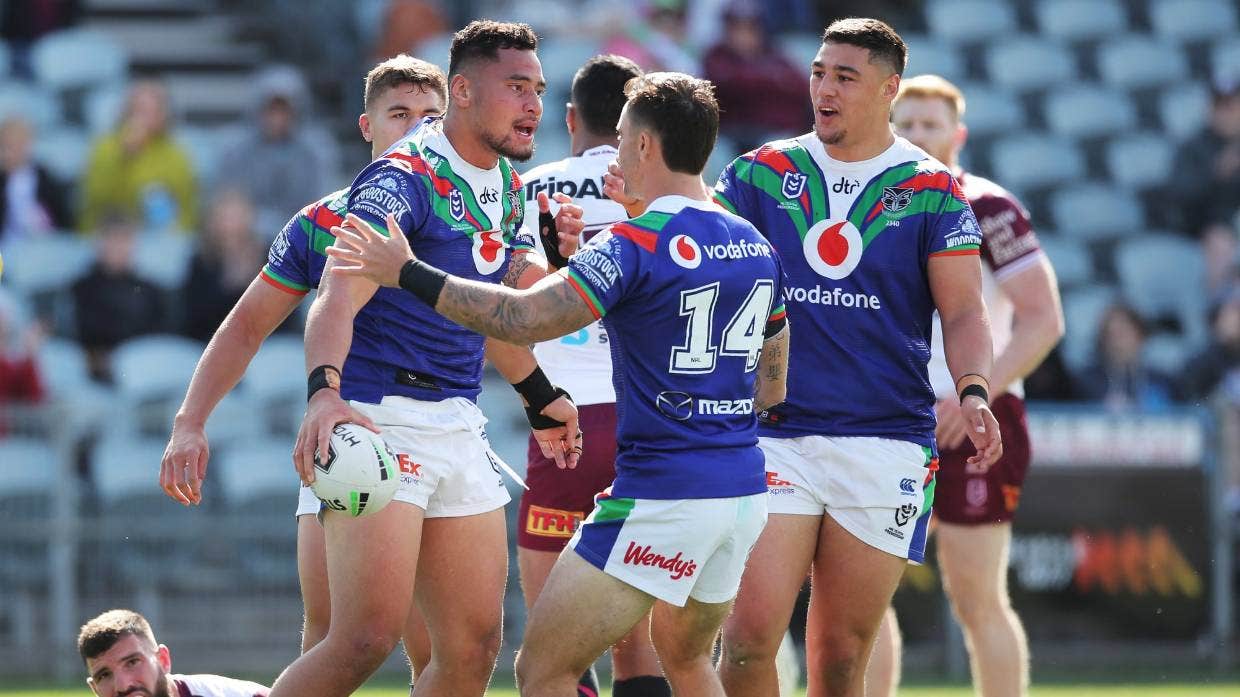 Eliesa Katoa of the Warriors celebrates with team-mates after scoring a try in their final round NRL game against Manly. Picture; STUFF SPORTS

Kiama, the picturesque coastal town known for its blowhole, is about to get some high-profile rugby league blow-ins.

The New Zealand Warriors plan to split their pre-season across two countries with one group based in Auckland and the other – 2165km away – on the New South Wales’ South Coast.

Incoming Warriors coach Nathan Brown will get a crash-course on the Covid-19 pandemic and the challenges it continues to present for NRL clubs when official preparations for the 2021 campaign start next month.

The unique circumstances mean Brown and even some of the players, including new recruit Euan Aitken, will not greet each other until the new year.

Warriors boss Cameron George will meet with the NRL next month to get a better understanding of the biosecurity measures proposed for pre-season training, but confirmed the two training set-ups would be adopted until Christmas.

All clubs are waiting for confirmation about whether players will need to re-enter a biosecurity bubble for pre-season training.

“It looks like we’ll be doing the two camps pre-Christmas because of the border situation,” George said.

“We’ve made commitments to have an Australian-based group at Kiama and a New Zealand-based group at the same time. Justin Morgan will run the Kiama group and ‘Browny’ will be here in Auckland.

“We’re trying to eliminate as much as possible the isolation for players and allow them to be at home with their families for as long as they can.

“Then post-Christmas we don’t know where we will be at.”

Kiama has regularly hosted NRL clubs for training camps, while the Kangaroos spent a week there this time last year ahead of the Wollongong test against New Zealand.

The Warriors are awaiting on an exemption for Brown to enter New Zealand to get to work. The club were still working through which side of the Tasman prop Addin Fonua-Blake will start life as a Warrior.

The New Zealand club isolated in Tamworth before spending the season in Terrigal. The players’ preference is to return to the Central Coast if required, while George said Queensland’s Redcliffe, where their feeder club is based, is also an option.

There was a big win for the Warriors on Friday when the NSW-New Zealand one-way bubble officially started, which allows New Zealand residents to avoid the otherwise mandatory 14-day hotel quarantine.

Such a move will make it easier for Warriors players and their families to travel to Australia, which was a major roadblock this year and saw star wingers Ken Maumalo and David Fusitu’a return home in the middle of the season.