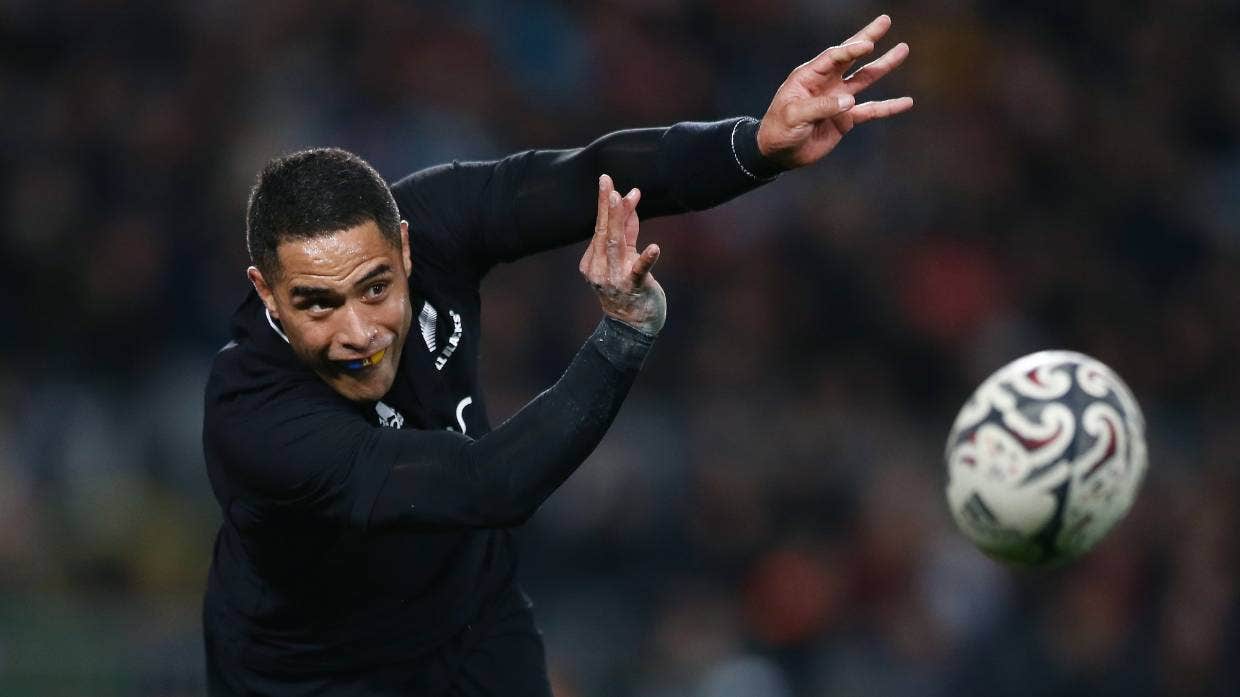 Celebrity personalised messages have become big business around the world and Australian based company Sywsh is looking to add more New Zealand sporting stars to its portfolio.

For a price, ranging between $300 and $20, fans can get a private video message from their favourite Kiwi sportsman or woman.

The American website Cameo appears to be the main player in the market and you can get reality star Caitlyn Jenner to say happy birthday or whatever to one of your loved ones for $3600, or have rapper Ice Cube give you a shout-out for $1088.

New Zealand UFC fighter Dan Hooker is on Cameo, charging an eye-watering $1440 for a video. You could get NFL Hall of Famer Troy Aikman or NBA legend Kareem Abdul-Jabbar for considerably less than that.

As for Swysh, which just concentrates on Australian and New Zealand sportsmen and women, its highest priced Kiwi is Aaron Smith at $300, while you could get a video message from Chelsea Alley for just $20.

This sort of business could be seen as a way for celebrities to exploit their fame and make a quick buck for doing not much.

But it also enables the public to get something personalised and unique from one of their heroes.

“We founded Swysh in Australia in late 2019 and launched in early 2020,” Swysh CEO Michael Roth said.

“It’s a sports only platform, which is one of our key differentiators and also we have a charity purpose to what we do.

“We wanted to create something that was more than a commercial transaction, which is why we donate at least 20 per cent of all commercial revenue to our children’s charity partners.”

Swysh has so far given out $35,000 to New Zealand charities Graeme Dingle Foundation and Upsidedowns.

Swysh initially launched with Australian soccer players, then moved into the NRL and a year ago started signing up New Zealand athletes.

“We work with players directly, we work with their agents and we get a lot of referrals,” Roth said.

“We’ve got about 750 athletes on the platform and around 150 of those are from New Zealand.

“So we’ve got some great athletes on the platform and hopefully many more to come.”

Roth explained Swysh has been set up in a way that makes it easy for athletes to fulfil requests from the public.

“All the athletes have an app that’s downloaded onto their phones, where they receive requests and they can manage their profile,” he said.

“When a new request comes through, they get a push notification via the app and then they have seven days to film the request. Everything is subject to their approval, but it’s an easy and simple way for athletes to fulfil fan requests.”

Athletes get around five to 100 requests a month, although Roth says demand is seasonal.

“We have spikes for certain occasions, for example, Father’s Day was really great for us and it does skew to the big occasions and Christmas isn’t too far away.

“Pricing is up to the athlete. We can guide them, but ultimately it’s up to them and the higher the price, the more that goes to charity.”

With Swysh, half of the money is paid to the athlete, 30 per cent to the company and the remainder to charity.

Some athletes could have an over inflated opinion of how popular they are, but Roth says it’s always up to the athlete how much they’ll charge.

“Sometimes athletes struggle to keep up with the volume of requests,” he said.

“There is supply and demand, which is generally why the price will go up if athletes don’t have all day, every day to fulfil video athlete requests.

“So pricing is used as a way to control the volume, but we have some very famous people that are on the cheaper side. So we really leave that to the choice of the athletes.”

Price for some New Zealand athletes on Swysh