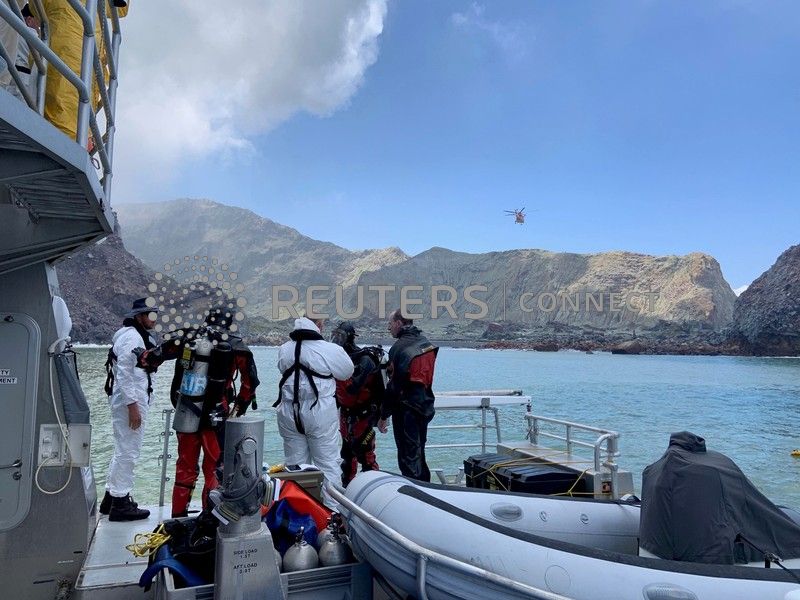 Members of a dive squad conduct a search during a recovery operation around White Island, which is also known by its Maori name of Whakaari, a volcanic island that fatally erupted earlier this week, in New Zealand, December 13, 2019 in this handout photo supplied by the New Zealand Police. New Zealand Police/via REUTERS

WELLINGTON (Reuters) – New Zealand divers searched contaminated waters near the volcanic White Island for two remaining bodies on Saturday, as the death toll from an eruption rose to 15 people, the police said. Waters around the island were contaminated by the massive eruption of rocks, lava and chemicals on Monday, reducing visibility. “Divers have […]