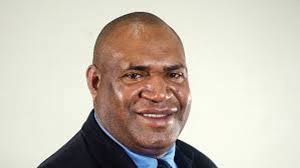 This was announced by Minister for Defence Solan Mirism who said that the planning and establishment of the bases comes as part of the legislative amendments the PNGDF is working on to accommodate 10, 000 manpower as directed by the 2013 Defence White Paper.

There are also plans to establish a permanent Patrol Posts along the PNG/Indonesia land border so that we have continuous presences along the border Mr Mirism said.

“This is to better address our security challenges facing the country and our people,” he said.

Meanwhile, the Papua New Guinea Defence Force operations has been described as unique with ships and aircraft needed to support its ongoing operations in the environment the country is known for.

Minister for Defence Solan Mirism said this at the commissioning of a new PAC750 aircraft last Thursday.

Mirism said investment into these areas will help deliver the best outcomes for our people.

“We need to frontload in advance into projects on new acquisition of these capabilities because it takes time to manufacture these aircraft and ships,” he said.

Mirism said the aircraft that was delivered is a sign of the PNGDF moving forward in ensuring the safety and security of the country’s borders.

“The aircraft would be useful in delivering PNGDF core tasks of protection, maritime surveillance, internal security, nation building and rolling out of some of the government’s programs like education and health services in rural areas in PNG.

“This project is one of the PNGDF capability programs and its aim is to support the PNGDF in its core tasks operating along the border security and maritime surveillance.

It is a great asset and it will improve our border security and surveillance significantly,” he said.