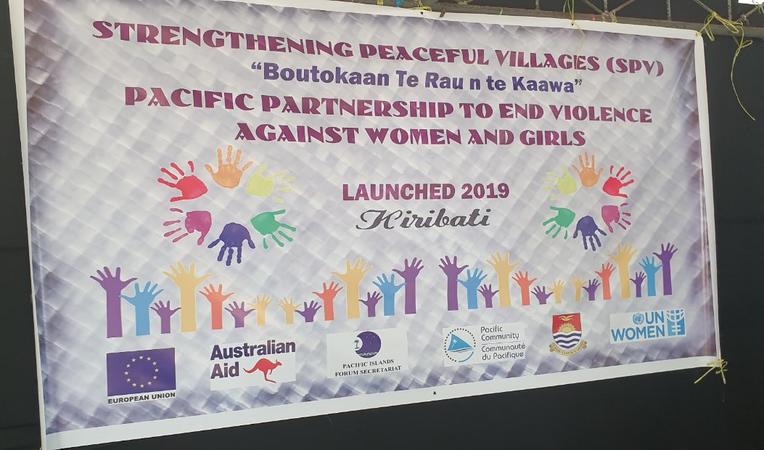 Fifty seven percent of men in the south of Kiribati’s main island reported physically or sexually abusing their wife or female partner in the past year.

The figure was part of the first ever prevalence study conducted on gender based violence in Kiribati.

Conversely, the study showed women’s experience of physical or sexual violence from an intimate male partner was only 38 percent.

The South Tarawa Healthy Living study showed the difference may reflect the normalisation of violence against women and the shame experienced which discourages disclosure.

It said the disparity between what women and men report was consistent across the region.

Further, it found the violence against women and girls was both frequent and severe. Three quarters had experienced severe violence with a high potential for causing physical injury. This was corroborated by information received from both men and women.

The study collected data related to community attitudes and behaviours on violence against women and girls in South Tarawa as part of the Kiribati Strengthening Peaceful Villages (SPV) initiative. It was conducted between February and April 2019 and surveyed 629 randomly selected women and 556 men, aged 15 to 49 years.

The study found that a whole-of-community approach, like that of the SPV, would be most successful in tackling the issue of violence and noted that there was strong community readiness to do so.

It showed most people (68 percent of women and 76 percent of men), believed that their communities could prevent violence against women and girls.

The president of Kiribati, Taneti Maamau, launched the SPV programme last year and said “unfortunately in many of our villages, some people think that domestic violence is acceptable and normal within relationships and families” but he wanted i-Kiribati to work together to change people’s behaviour and attitudes.

“Through this Strengthening Peaceful Villages project, we can change our mindsets and revive the parts of our Kiribati culture that promote peaceful, caring and respectful relationships and united families who are free from violence. In doing so will lead to more peace, security and development in our villages and in our nation.”

The South Tarawa Healthy Living Study was undertaken by The Equality Institute, and commissioned by the Kiribati Government and the UN Women Fiji Multi-Country Office, funded primarily by the European Union with targeted support from the governments of Australia and New Zealand, and cost-sharing with UN Women.