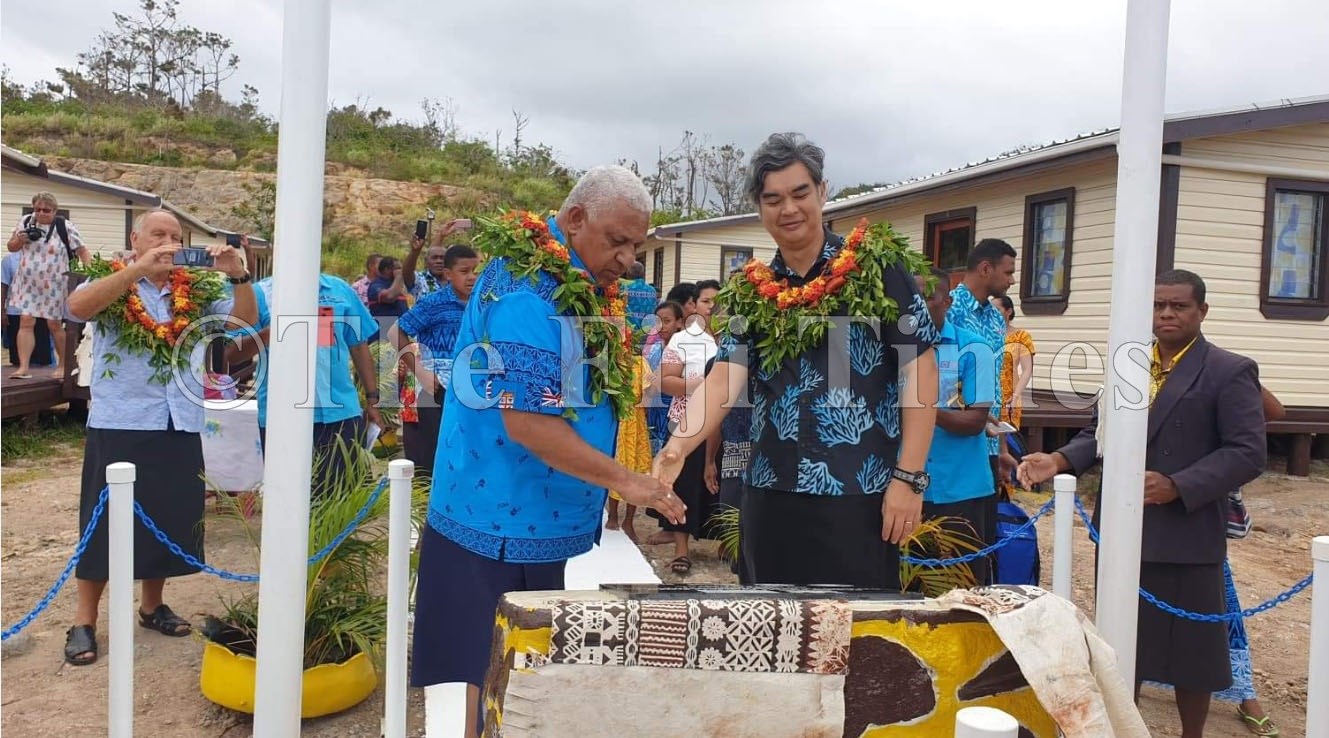 Seven climate change vulnerable families who were handed the keys to their new homes by Prime Minister Voreqe Bainimarama in Narikoso Village, Kadavu yesterday were overcome with emotion.

While officiating at the commissioning of the homes, Mr Bainimarama said Narikoso was one of the 48 villages earmarked for relocation.

He said it was Government’s job to support the efforts of climate vulnerable people in Narikoso and the relocation project was not just a response to sea level rise.

The PM said it could also be an opportunity to develop sustainable, community-based projects in rural areas that could generate income.

“We pray that your homes will never be called on to resist those kinds of winds. But if those winds come, these houses will remain standing,” he said.

The relocation project was funded by the European Union.