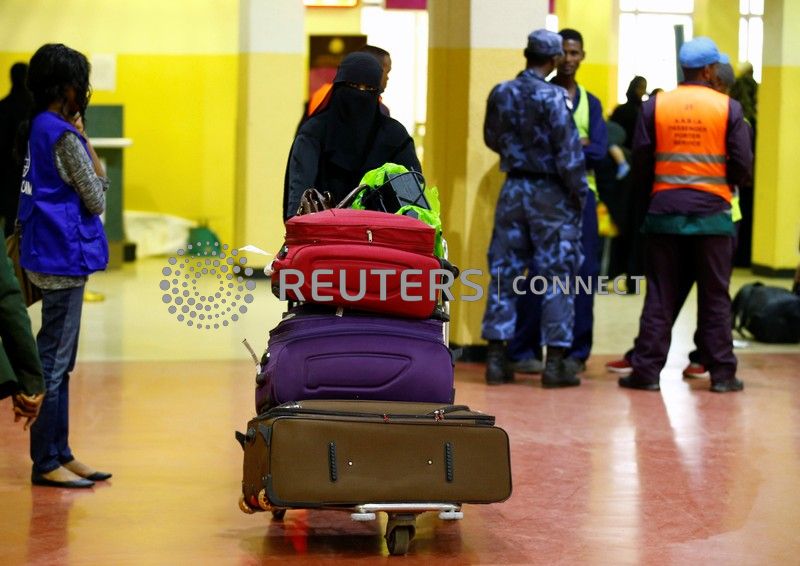 Tens of thousands of Ethiopians are estimated to migrate illegally every year via unscrupulous job agencies in search of better-paid work, mainly to Gulf nations where many end up exploited or enslaved in homes as maids or on building sites.

Ethiopia’s Ministry of Labour and Social Affairs has registered more than 800 agencies since 2018 in a bid to reduce unlawful and dangerous migration but activists say many brokers still operate illegally, leaving the workers open to abuse.

Under a new anti-trafficking and smuggling law – approved by parliament last month and expected to come into force imminently – job agents who exploit migrants or fail to protect them from harm abroad will face hefty fines and lengthy jail sentences.

The new legislation also includes a scheme to rescue and support and rehabilitate victims, tougher sentences for sex traffickers, and the threat of the death penalty for offenders although executions are rarely carried out in Ethiopia.

“So many crimes are committed (in connection with) overseas employment,” Belayhun Yirga, a director at the Federal Attorney General’s office, told the Thomson Reuters Foundation. “Some agents send people (abroad) while their license is suspended.”

“The new law … would enable law enforcement to investigate properly, to prosecute the criminals, to prevent and control the crimes,” Belayhun added. “The (previous) law was defective.”

The attorney general’s office said the law approved by parliament had “slight changes” to the draft given to the Thomson Reuters Foundation but did not provide more information.

Under the law, agents that seize passports or withhold pay, operate without a license or send migrants to nations that do not have an agreement with Ethiopia face up to 12 years in jail.

They risk life imprisonment if the workers they send abroad “suffers harm to his human rights, life, body or psychological makeup”, the draft law said. The previous 2015 legislation had life sentences but did not explicitly refer to labour brokers.

Ethiopia’s previous law had issues with its terminology in Amharic – the official working language – and did not clearly differentiate smuggling and trafficking as crimes, experts said.

“Prosecutors found it really difficult to prove a case in the courts of law,” said Malambo Moonga, a programme coordinator with the United Nations’ International Organization for Migration (IOM), referring to the previous legislation.

Yet implementing the new law will be a challenge, according to campaigners who pointed to a lack of protection and shelters for victims and witnesses as a barrier to securing prosecutions.

“There is (also) a serious concern about the way (police officers) handle the victims,” said Gugsa Gebreselasie, police inspector and teacher at the Ethiopian Police University College, which is dedicated to training police officers.

“A victim is always the victim. You cannot take (them) as a suspect.”