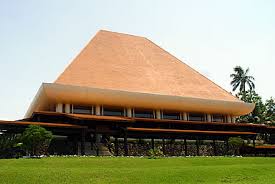 FOUR administration buildings at the old parliament complex in Veiuto will be upgraded to form a new court complex.

The continuing construction works to the new Veiuto Court Complex was given a $5m allocation by the Government in its 2018/2019 National Budget.

Government, back in 2014, had relocated Fiji’s Parliament to the Government Buildings from its former complex in Veiuto.

It also announced then that the Supreme Court, the Court of Appeal and the Family Court will be relocated to the Veiuto complex.

The judiciary’s budget for the 2018/2019 financial year saw an increase of $14.8m attributable to the upgrade of existing courts and the construction of new courthouses around Fiji.

This also includes adjustments in salaries and wages.

Also in the 2018/2019 National Budget, the Government had allocated an operational grant of $69.2m to the country’s judiciary.

Meanwhile, under the judiciary’s budget, an allocation of $500,000 will see the consultancy and designing works for the extension of Nadi Court House, which will include the construction of a magistrate’s chamber, courtroom, and multi-purpose court.

Another $500,000 is provided to upgrade the Government Buildings cell blocks.

Here are the allocations for some of the ongoing initiatives in the judiciary department:

– $500,000 is allocated for rehabilitation and construction at the Nadi Court House, to include the upgrading of cell blocks, roof slab waterproofing and repair of roof gutters, refurbishments to Chief Registrar’s office, a new judges common room at the existing high court and concreting of the carpark;

– $8m is provided to start construction works on a new two-storey court in Nasinu, equipped with modern amenities and services for legal aid, family court and counselling services;

– A further $1m for the upgrading of the official residence of the Chief Justice, aimed at addressing structural defects and preventing further deterioration of the building.