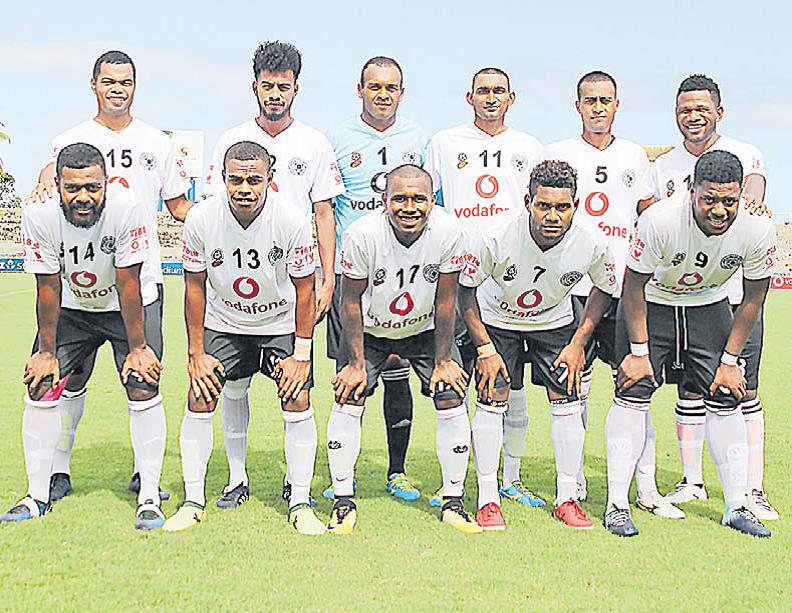 The Suva team will be one of the favourites at the opening round of the 2019 Vodafone Fiji FACT in Lautoka this weekend. Picture: SUPPLIED

THE Suva football side, with a very strong and experienced set of players look favourite on paper at the 2019 Vodafone Fiji FACT.

They have the best set of experienced players if moulded well will do wonders for the Capital City.

The Capital City side under the guidance of former Tavua coach Saroj Kumar who joined the Suva camp last week will have to prove his worth why he has been appointed by Suva.

Kumar has not won a title during his coaching career but he did guide Tavua to the premier division in 2017 which was after five years.

They have the pace and strike force to match their hard men in the back line.

Last year Suva lost 0-1 against Lautoka in their opening match, won 1-0 against Tavua and bowed out after 2-3 loss to Nadi in their last pool play.

Suva will start its campaign against Labasa at 3.30pm on Friday and then take on Tavua at 1pm on Saturday and their final encounter will be against the host Lautoka on Sunday at 5pm.