New bridge completed ahead of schedule and open to traffic 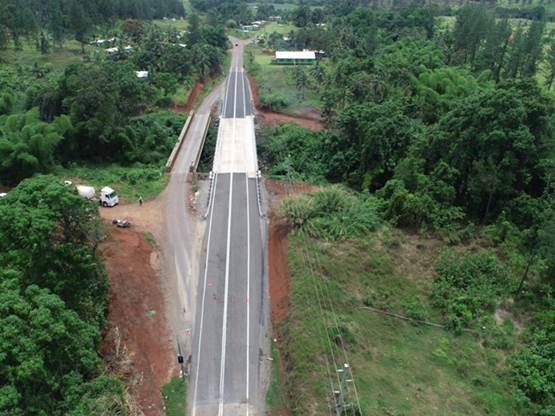 The new Vesidrua Bridge in the Northern Division is completed ahead of schedule and open to traffic.

According to the Fiji Roads Authority (FRA) the bridge will bring ease to thousands of commuters travelling to and from Savusavu, Nabouwalu and Labasa.

“The bridge is located along Nabouwalu Road between Seaqaqa and Savusavu intersection in the Province of Macuata.

“The new two lane bridge is a 47m long with a single footpath for pedestrians and 80m of steel guardrails on both sides for road user safety.”