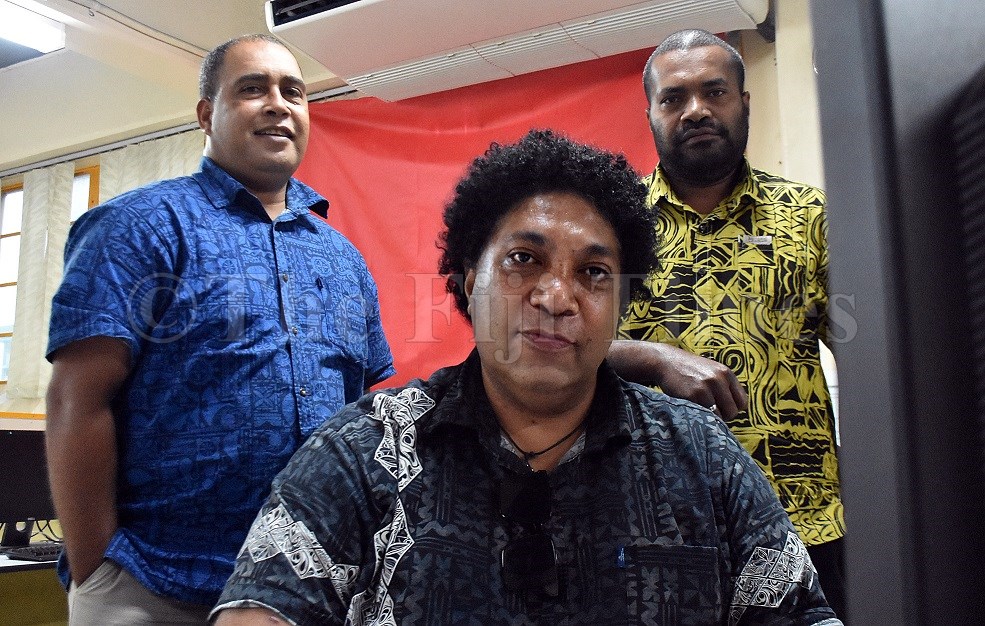 The Fiji Times Pte Ltd has appointed John Kamea as the acting deputy editor The Sunday Times, Paula Tuvuki as the deputy chief sub editor and Rodney Duthie as the Sports editor effective from April 29, May 6 and February 1 respectively.

Kamea started with The Fiji Times in September 18 and had worked in the company between 1995 and 1999. He has been in mainstream media for 15 years.

“First of all I would like to thank management for having the confidence and the trust in me to hold this position,” said Kamea.

“I look forward to the challenges ahead and I would like to bring new ideas and creativity into the feature pages and The Sunday Times.”

Kamea also aims to contribute more towards mentoring of young reporters which was an area he felt was overlooked in the newsroom.

Mr Tuvuki had been working in the mainstream media for seven years as a sub-editor.

“I’m truly humbled to be given the opportunity to take up the role. I’m aware that I have very big shoes to fill and I’m up for the challenge,” he said.

“I love what we stand for and that’s to be the voice of the people. I love to lead from the front and also encourage teamwork and accuracy on the desk.”

Duthie on the otherhand has more than 20 years experience in mainstream media under his belt. He hopes to carry on the legacy of former sports editors who have moved on to greater heights as well as bring more in-depth sports coverage while creating more gender balanced reporting in terms of sports coverage for men and women’s sports.

General manager Christine Lyons said they had a big year in front of them, with the looming election and major sporting events.

“Their experience and confidence will add value to how we disseminate information to our readers both in the newspaper and on our digital platforms,” she said.

“We wish them well in their new appointments.”