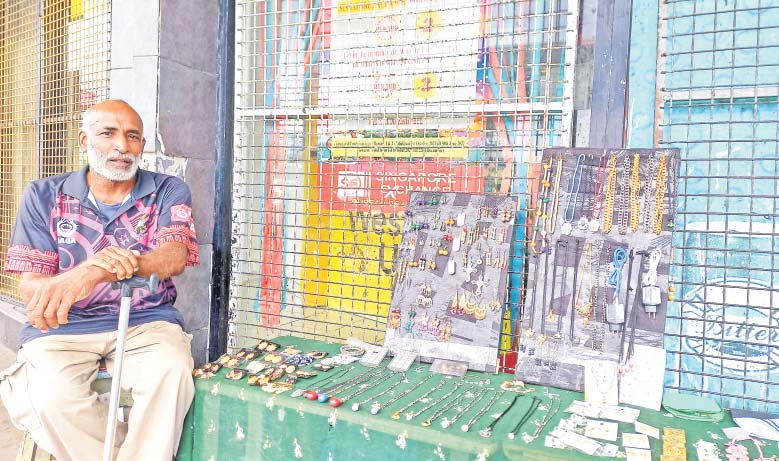 Allen Khan is a prime example of one that doesn’t give up when she or he encounters tough times. Originally from Nasolo, Ba, Mr Khan moved to Suva in 2004 in search for employment opportunities.

Mr Khan says members of his family were tenant farmers planting sugar cane on leased land. When that arrangement came to an end, family members had to look for other ways to make a living.

“That was when my whole family dispersed and went their own different ways. “I came to Suva with only $5 in my pocket. I struggled to look for food and there came a time when I started begging along the streets of Suva because I couldn’t find a job too.

“I was thankful to a man from Labasa named Atu, he passed away, may his soul rest in peace. He found a job for me as a watchman at Suva Muslim Primary School where I worked for four years.”

After spending time as a watchman Mr Khan began his journey as a market vendor selling bananas and vegetables for three years at the Suva Market.

“After three years of selling at the market I became jobless again, so I’d do little jobs like washing of cars. During this period I had no place to stay, so I decided to slowly collect whatever money I earned from the little jobs I did and finally found a place to rent.”

Mr Khan now resides in Vatuwaqa and is selling jewellery, socks and other accessories outside RB Market Point in Suva. “I began this business in 2013 when I saw that a lot of people were doing this as a means of making money. I managed to save up $200 to help me start off my business.

“I usually buy the things I sell from small shops and so far it has been good since it helps me put food on the table and pays for my rent which is $100 a month.”

The 64-year-old, who is a widower, said he had two daughters and they both lived overseas.

“From the time I left Ba to come to Suva my life has been a tough one. I was a Muslim before and now I’m a baptised Christian (Assembly of God) and I asked God to help me in any way that he could — which is my current business.”

Mr Khan said business hasn’t been the same, but he was thankful he had something to do.

“I used to make around $300, but nowadays I make $50-$70 which is at least something. On top of that I have social welfare which has helped me a lot.

“I start selling at 6am every day and finish at around 7pm.

“Jesus has always been my strong supporter.” His message to the youths is to “stay in school and work hard to achieve great things in life”.