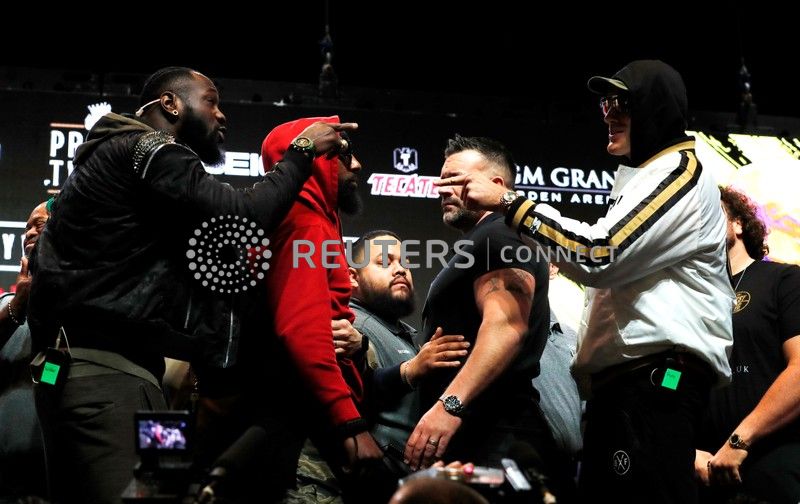 (Reuters) – Heavyweights Tyson Fury and Deontay Wilder, who will clash in a highly-anticipated rematch on Saturday, won’t be able to faceoff after Friday’s weigh-in, a Top Rank Boxing official said.

The Nevada State Athletic Commission will not allow the fighters to stand toe-to-toe as is customary after a weigh-in, Top Rank media relations director Evan Korn said on Thursday.

“The Commission wants to ensure the fight goes off without a hitch,” he said.

The news comes one day after the two undefeated fighters shoved each other on stage at the outset of a news conference at the MGM Grand in Las Vegas, where the fight will be held.

After exchanging shoves, the two shouted insults in each other’s faces at a news conference that had a more hostile tone than previous ones leading up to the fight.

As the event was winding down, it was announced they would not faceoff again for pictures.

The fight is a rematch of their December 2018 battle, which ended in a controversial split-decision draw.