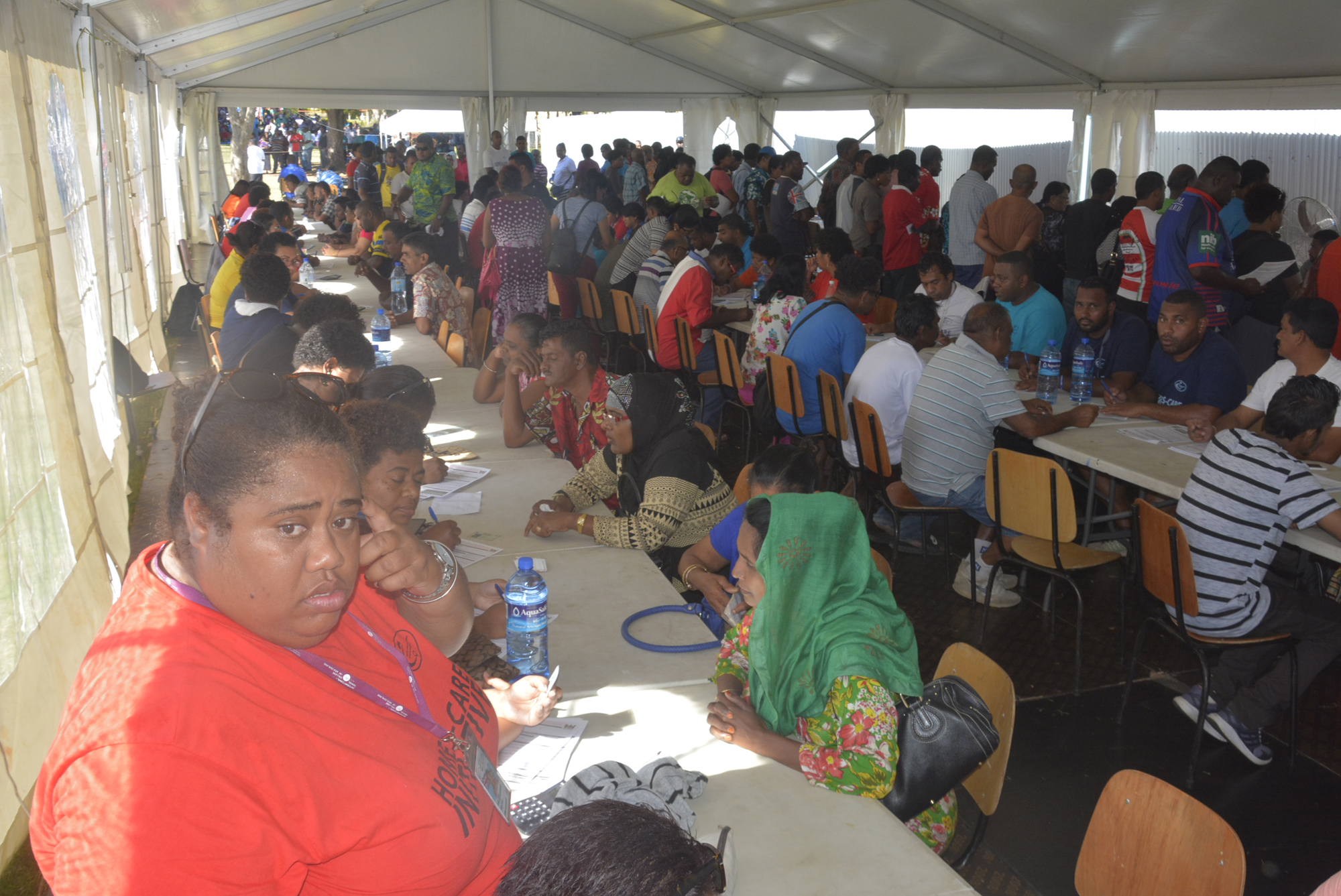 People turn up in numbers for the Homes-Care Assistance at Shirley Park in Lautoka yesterday. Picture: REINAL CHAND

AS many as 1800 people seeking assistance under the HOMES-CARE program returned home on Friday night after waiting several hours because of network glitches. Yesterday about 200 government officials started working from 7am to complete processing applications received on the first day of the program.

They also had to serve another 4500 people who turned up yesterday.

Ministry of Women permanent secretary Dr Josefa Koroivueta said they felt the best option was for people to return home on Friday night rather than waiting for the system to come back online.

“If they had to wait, we would finish processing all of them by 6am this morning (yesterday) and we had to start at 9am, so we gave them the option considering their interest, their wellbeing and welfare,” he said.

“What we did during the processing, we had a separate centre for the older citizens, 65 and above, expectant mothers and those with disabilities and we processed 1200 applications from there.”

Minister for Women, Children and Poverty Alleviation Mereseini Vuniwaqa said they accepted voter identifi cation cards and any other form of ID people had.

“Some of them come with their joint cards and we also accept that but otherwise, Fijian Elections Offi ce was also here, they were issuing voter IDs for those who needed IDs,” she said.

Meanwhile, more numbers were issued to members of the public yesterday. Mrs Vuniwaqa said this meant the team would have to return to Lautoka to serve those who missed the first two days.The team is expected to be in Ba on May 24, followed by Nadi, Tavua and Rakiraki on May 31, June 4 and June 7 respectively.