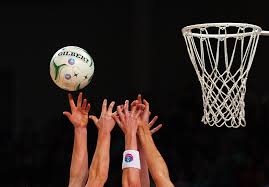 Picture: INSIDE THE GAMES

SUVA, 21 SEPTEMBER 2020 (INSIDE THE GAMES) – The Netball World Youth Cup has been moved to December 2021, the International Netball Federation (INF) has announced.

Fiji is due to host the event, which was originally planned for June of next year.

It was postponed in July over COVID-19 concerns.

Exact start and finish dates are yet to be determined, but the period between December 1 and 19 has been identified for the tournament.

The INF said this window was chosen following consultations with the 20 teams to have qualified for the Netball World Youth Cup and the Fijian Government.

March 31 has been highlighted as a key date for assessing the feasibility of the tournament going ahead as currently planned.

“The Netball World Youth Cup is the pinnacle of competition for emerging players and provides a pathway for developing elite players, coaches and match officials,” INF President Liz Nicholl said.

“We are delighted to announce new dates for the event and look forward to seeing Fiji host another world netball event.”

Nicholl added that health and well-being would be prioritised as the INF continues to monitor the situation, with the organisation “prepared to cancel the event altogether” if necessary.

The last edition of the under-21 event was staged in Gaborone in Botswana, with New Zealand crowned champions.

The final 12 berths for the upcoming tournament were allocated based on world rankings because of the pandemic’s impact on the sport’s calendar.

Parveen Kumar Bala, Fiji’s Minister for Sports and Youth, added: “We will continue to work closely with INF and other relevant authorities in ensuring that all event-related risks are addressed in regards to the safety and well-being of our visitors as well as the local workforce.

“If all goes well, we look forward to extending our Fijian hospitality to all youth athletes and officials from participating countries at the end of next year.”