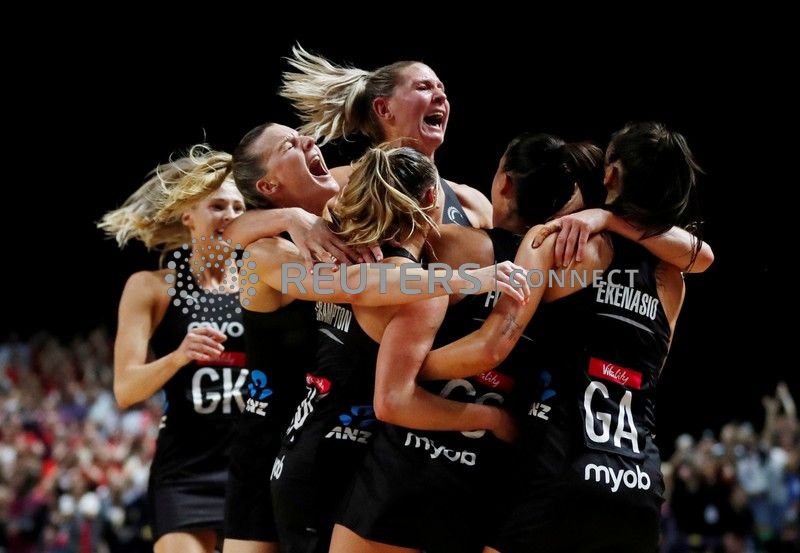 New Zealand stunned Australia 52-51 in an exhilarating final on Sunday to dethrone the champions and claim their first netball World Cup title in 16 years.

The Silver Ferns were runners-up in the last three editions that Australia won but were determined not to let history repeat itself at Liverpool’s M&S Bank Arena, soaking up the pressure in a tense final quarter to prevail.

“It’s been hard work as the Diamonds have been the benchmark in netball, but Liverpool has been amazing,” Kiwi Maria Folau, who top-scored for her team in the final with 28, said in a courtside interview.

New Zealand coach Noeline Taurua said victory was a boost for netball in the country after they missed out on the Commonwealth Games final last year.

“I’m quite speechless… for us to come out and win this, it’s huge for our netball community and for New Zealand,” she said.

Earlier, England beat South Africa 58-42 for their sixth World Cup bronze medal and the third in a row as coach Tracey Neville took charge of the Roses for the final time.

“This bronze medal isn’t a consolation. World netball is as tight as it’s ever been and we knew we’d get what we deserved, and it was bronze,” England captain Serena Guthrie said.

“When Tracey first came into his job it was a whirlwind, but to see her grow as a world-class international coach has been a pleasure. Today was about sending her off as best we could and we did that,” Guthrie added.

“It’s hard to keep it together when we have got everybody crying. This has been the best experience. We almost feel like we have won a gold medal.”