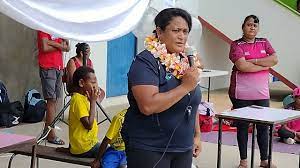 The two squads will also get a chance to play Singapore this year, according to Netball Fiji chief executive officer Vivian Koster.

Koster said this was in preparation for to 2025 Netball World Youth Championship.

“At the moment (national head coach) Una (Rokoura) is working out a program because in June we will get them to play the Singapore team that is coming for some training matches,” she said.

“The Singapore team is also preparing towards their qualifiers and part of their preparation is to play some training matches. This also fits perfectly for us because it prepares us for our tours. We have a long history of having training matches with Singapore and we will continue that momentum.”

Koster said the two youth squads would be used as training partners for the Fiji Pearls and the Fiji men’s sides “to provide that competition for them”.