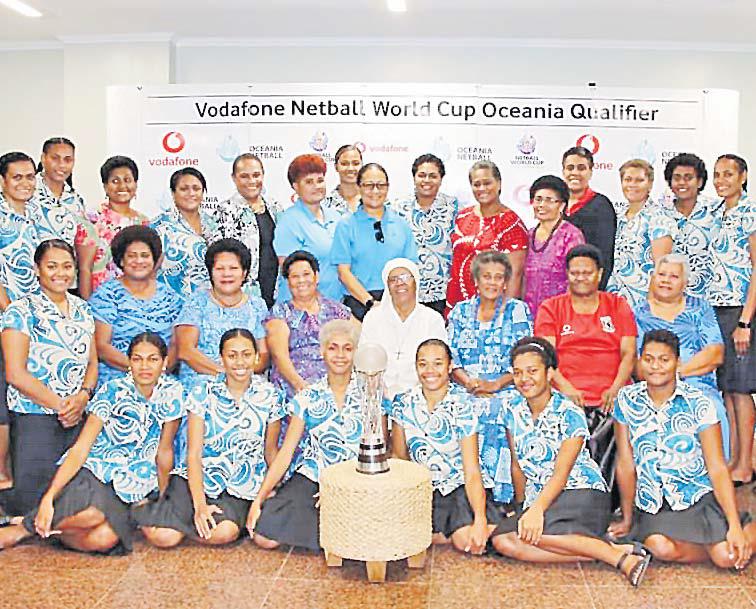 Members of the Fiji Pearls side with former national reps at the dress handover yesterday - Monday, July 18, 2022. Picture: SUPPLIED/NETBALL FIJI

The Fiji Pearls side has set its sight on the 2023 Netball World Cup in South Africa.

They start their campaign against the Papua New Guinea side at the Oceania Netball World Cup Qualifiers in Suva this afternoon.

“Every single team is important and they have come here for the same aim – that is to go out there, follow the processes, win it and focus on the next game,” Coster said.

She added that no team could be taken lightly but Fiji had what it took to make it to South Africa.

“Every teams has the same aim and that is to get to South Africa using this tournament as a pathway. The match against PNG will be very important and so will the matches against other teams and we will focus on each game as we come across them.”

Fiji will be up against four other Pacific island nations who will compete for two spots at the World Cup.