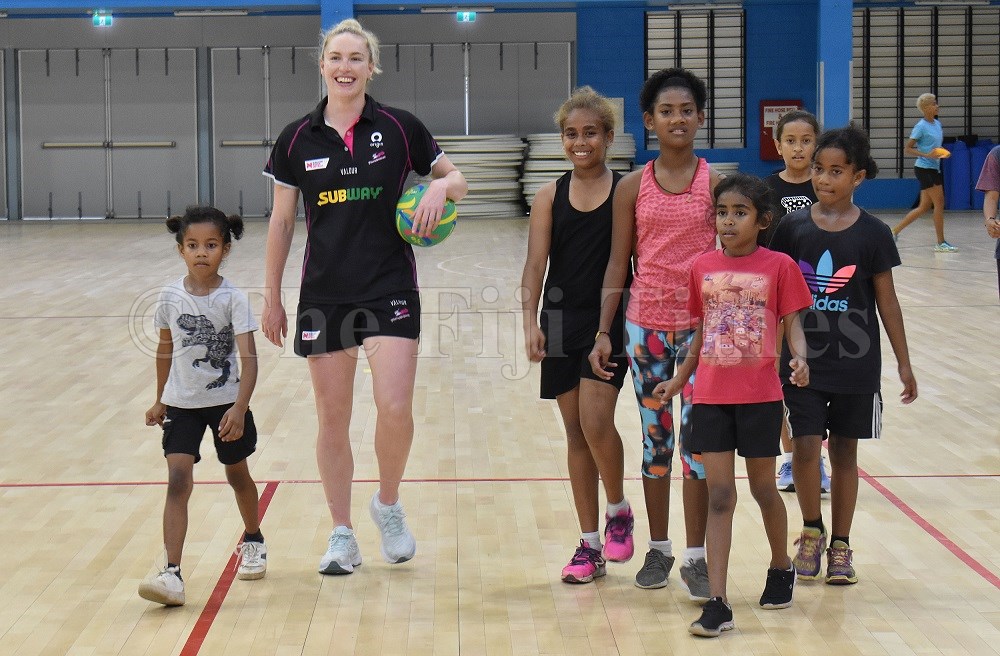 Australia has produced world-class athletes and coaches in the sport of netball with a gold medal finish at the 2022 Commonwealth Games in Birmingham, England.

Now, Netball Australia shifts its focus to the development of the sport in the Pacific where our young netters and the Fiji Pearls have been privileged to learn off some of the best athletes competing in the Suncorp Super Netball League competition.

Netball Australia marketing development officer Rowan Fajerman said their main aim was to build the sport in the region.

“Netball Australia is what we would like to think as one of the leaders of netball in the world,” said Fajerman.

“We have some of the best athletes, best coaches and best umpires so we want to utilise and capitalise on that to support the program and help build the sport in the region.

“Fiji is one of the countries we are working with as well as Netball Papua New Guinea, Tongan Netball Association and Netball Samoa.”

The Australians are in the country conducting clinics and workshops for the youth and national players, physiotherapists and umpires, and will conduct a leadership workshop for executives within Netball Fiji where Fajerman said the development would be seen at high performance level.

“We have a range of workshops taking place. The athletes have an integrated training session for the players in preparation for the Fast 5 exhibition match and we are currently conducting high performance workshops as well.

“It will focus on specialised coaching, strength and conditioning and umpire coaching and the athletes will work on position specific skills and tactics.

“We have a whole lot of trainings and workshops for this week.”