Netanyahu scrambles for allies as deadline to form government looms 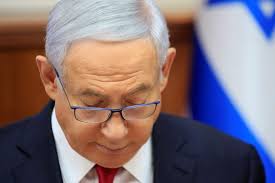 JERUSALEM (Reuters) – Prime Minister Benjamin Netanyahu scrambled to cobble together parliamentary support for a coalition on Wednesday, just hours ahead of a deadline to form a new government or face the possible end of his decade of combative leadership of Israel.

In a parallel countdown, the 120-seat assembly debated a motion to dissolve itself and trigger snap elections that Netanyahu could contest anew, rather than being forced to step aside for a rival to try to form a coalition.

Netanyahu’s plans for a fifth term following an election in April were cast into doubt by a presumed ally, rightist ex-defense minister Avigdor Lieberman, who has conditioned sitting in government with ultra-Orthodox Jewish parties on amendments to their military draft exemptions.

Three hours before the 2100 GMT deadline, Netanyahu’s conservative Likud party announced that it had managed to sign up 60 lawmakers – half the assembly but just shy of a majority.

Even that account was disputed, however, by the center-right Kulanu party, which had previously said it would run with Likud.

“Kulanu has not signed a coalition deal,” the party tweeted.

In another sign of Netanyahu’s strong desire to retain the premiership, the opposition center-left Labour party said it had been offered – and had refused – an offer to join a Likud-led coalition. Likud, which said it plans to head a right-wing government, neither denied of confirmed this.

Political sources said Netanyahu was simultaneously seeking agreement with the leaders of parties on voting to dissolve parliament and setting a mid-September date for a new election.

Having declared himself the election winner last month after he squeezed past an insurgent centrist challenger, ex-general Benny Gantz, Netanyahu saw his political future hang in the balance.

Failure to forge a coalition would take the task out of the 69-year-old Netanyahu’s hands and empower President Reuven Rivlin to ask another legislator, either from Likud or the opposition, to try.

Political commentator Chemi Shalev, writing in the left-wing Haaretz daily, said a last-minute agreement was still possible and Netanyahu would still be the favorite to win a new election.

But he said Netanyahu’s critics now find themselves fantasizing about a world without him. The prime minister, first elected in the late 1990s, has been in power for the last decade.

“It’s not an easy task, given his decade in power and the four more years he supposedly had coming. Young Israelis can’t even begin to imagine an Israel without him: Netanyahu as prime minister is all they’ve ever known,” Shalev wrote.

Lieberman has stuck to his guns in a battle with the ultra-Orthodox United Torah Judaism party, a member of Netanyahu’s current interim government, to limit traditional military draft exemptions for Jewish seminary students.

Without the support of Lieberman’s Yisrael Beitenu party, which has five Knesset seats, Netanyahu cannot put together a majority government of right-wing and religious factions.

The brinkmanship six weeks after the closely contested April ballot has deepened political uncertainty in a country riven with division.

A new election could also complicate U.S. efforts to press ahead with President Donald Trump’s peace plan in the Israeli-Palestinian conflict. Even before it has been announced Palestinians have rejected it as a blow to their aspirations for statehood.

The White House team behind the proposal, including Trump’s son-in-law Jared Kushner, is in the Middle East to drum up support for an economic “workshop” in Bahrain next month to encourage investment in the occupied West Bank and Gaza. The group is due in Israel on Thursday.

Lieberman said on Wednesday he was not backing down in what he termed a matter of principle over the conscription issue, and he denied Likud allegations his real intention was to oust Netanyahu and lead a “national camp”.

Until the drama over coalition-building, public attention had been focused more on moves Netanyahu loyalists were planning in parliament to grant him immunity from criminal prosecution and to pass a law ensuring such protection could not be withdrawn by the Supreme Court.

Netanyahu faces possible indictment in three corruption cases. He has denied any wrongdoing in the cases and is due to argue at a pre-trial hearing in October against the attorney-general’s intention, announced in February, to indict him on bribery and fraud charges.