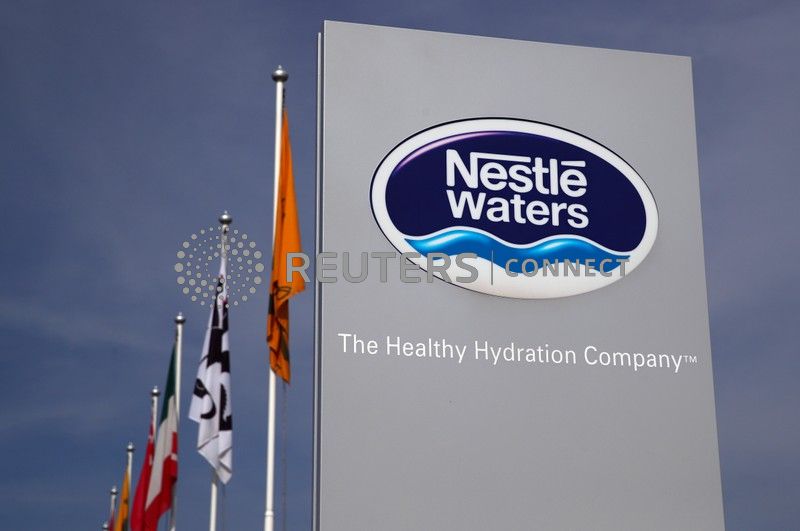 A sign is pictured at Nestle Waters in Henniez, April 1, 2019. REUTERS/Denis Balibouse

Consumer goods companies, such as Nestle, are under pressure to do more to reduce the waste their business generates as consumers become increasingly aware of the damaging impact of plastic that ends up in landfill and oceans.

Many of them, including Nestle and French peer Danone <DANO.PA>, have made voluntary pledges to make all of their plastic packaging reusable, recyclable or compostable by 2025.

But environmental groups say the key to reducing plastic pollution is prevention, notably through the introduction of bottle deposits.

Paris-based Nestle Waters will work with Ocean Legacy to support clean-up projects for communities around the world, including education and infrastructure, Nestle Waters Head of Sustainability Carlo Galli said in a statement.

But Thibault Turchet, with environmental campaigning group Zero Waste France, said of the Nestle alliance with Ocean Legacy that it would be better for Nestle and other large plastic waste producers to return to bottling drinks in glass and cut down on plastic packaging that is unrecyclable.

“They send organisations to work on beach cleaning and education, but they don’t work on prevention and waste production,” Thibault said.

“We are continually testing and developing viable alternatives, such as biodegradable and bio-based materials, glass, aluminum and carton packaging,” a Nestle Waters spokeswoman said.

In early 2020, Nestle Waters will also launch new high-tech water dispensers, allowing consumers to fill their own reusable bottles. It also works with local governments and communities to develop PET (plastic) collection adapted to each country.

The program will also include tools and education materials to help communities in creating new products and value from the waste collected during the cleanups.