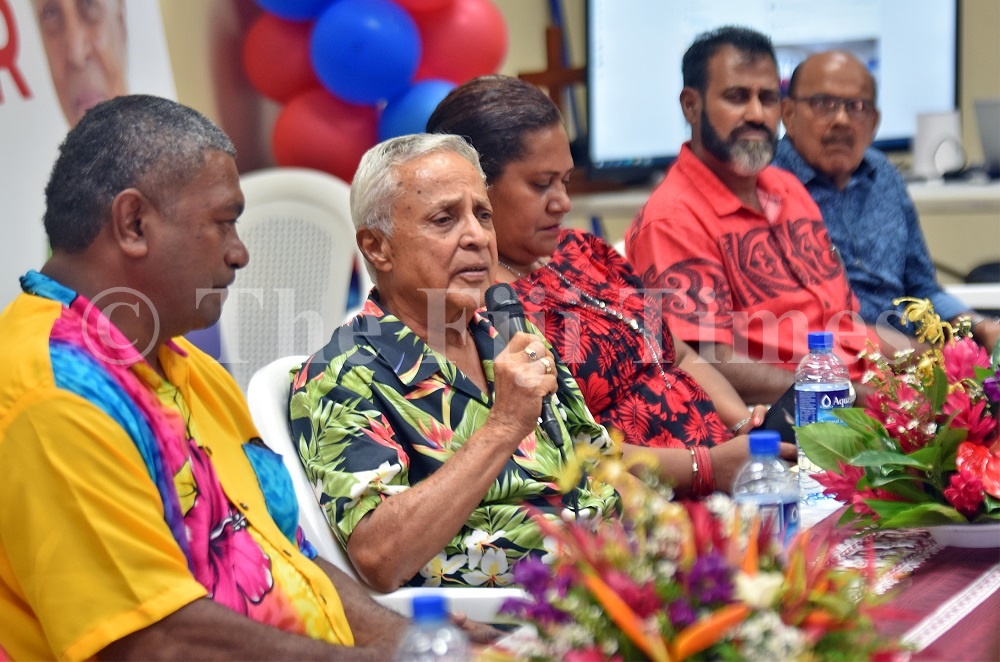 Fiji Labour Party leader Mahendra Chaudhry speaks to party supporters during the launch of the party's manifesto at the Wesley Church hall in Suva on Thursday, November 17, 2022. Picture: JONACANI LALAKOBAU

Speaking at the party’s manifesto launch for the 2022 General Election last week, the former prime minister said a prosperous country had its foundation on an educated population and a skilled work force.

He said Fiji had an education system that did not cater to varied learning styles and lacked the resources to function well.

He called for the need to review the entire education system and that would be one of their priorities when they get into government.

He said there was a need to improve curriculum and make it more representative of a modern egalitarian, decentralise governance for decision making and delegation of responsibilities, improve the level of access to education for those in remote areas, the poor and people with disabilities.

He said there also a need to provide better salaries, working conditions and career prospects for teachers and other education workers.