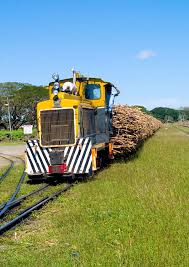 More needs to be done to find a permanent solution for the rail system, says a farmer. Picture: FSC

DESPITE spending copious amounts of money on replacing posts on rail carts, more needs to be done to find a permanent solution for the issue.

Farmer Udesh Kumar from Rarawai, Ba raised this issue during a consultation in Ba yesterday.

He said farmers had to fork out money from their own pockets to pay for the posts.

“It’s becoming for FSC the biggest cost, it’s getting to be as costly as running the factories, which is crazy,” he said.

“There are two things. First of all, the entire rail system is now being studied so things like the tracks, the culverts, the crossings, maintenance and scheduling will all be upgraded with assistance from the Indian Government.”

He said rail carts and caged bins would also be incorporated in the study.

“Over time, I would say, to be realistic, three to five years, we get an upgraded system that can deliver cane with minimum derailments and minimum time delay.”