NBL to start without its top two teams 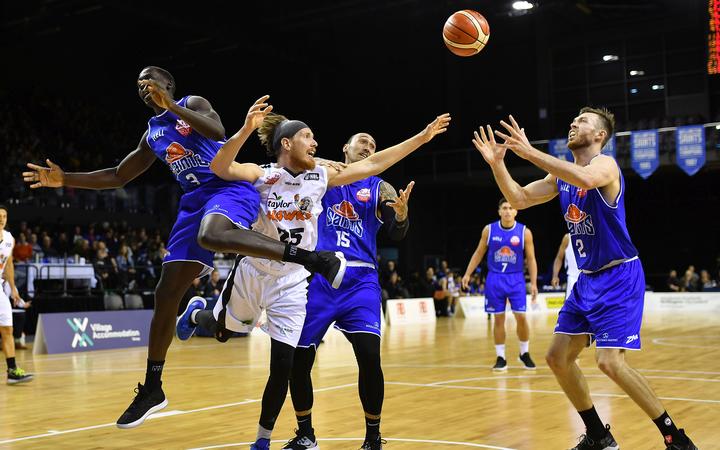 The National Basketball League will tip off in Auckland on 23 June but it won’t bear much of a resemblance to last year’s competition.

The truncated competition will feature seven teams playing up to three games a week over a six week period.

The Auckland Huskies, Canterbury Rams, Franklin Bulls, Manawatu Jets, Nelson Giants, Otago Nuggets and Taranaki Mountainairs will all be based in Auckland.

There’s no doubt 2020 has been a big test for everyone, including those in the sports sector. Chair of the NBL Board, Iain Potter, says the NBL management and teams have needed to think differently, and work together to create an exciting product for 2020.

“The teams have been willing to innovate to see the return of the NBL, which is so important for all of basketball.”

“I’m excited to get back to playing the game I love. I’m grateful to be a part of a nation that has been diligent in its response to the virus. Because of that response, Kiwis have the opportunity to get back on court and compete.”

There are two new teams in the Auckland era with the Auckland Huskies and Franklin Bulls confirmed, while the Otago Nuggets to play their first season in the NBL since 2014.

For the first time in its history, the NBL will also feature a player draft. General Manager Justin Nelson says this will add to a competitive show for the fans and is a way of spreading the talent.

“We knew it was imperative that we adapted, showed creativity and came up with something new and exciting. We believe, together with our teams and players, we have developed a format that will work well in the current environment.”

Nelson says a new world-first innovation will also be trialled to decide tied games with a unique ‘first-team-to-score-seven-points’ concept instead of the traditional overtime period.

Fiji’s reopening of schools will be after consultation with stakeholders