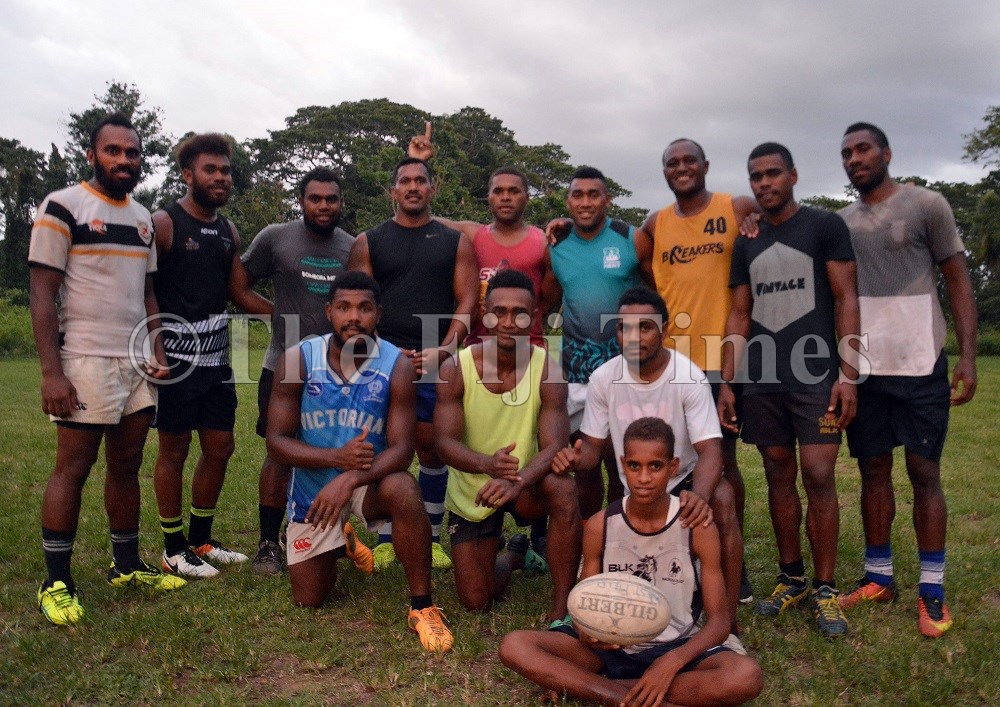 Members of the Westfield babas after their training run in Nadi. Picture: SHIRAZ KASIM

“It is not only on the field, but off the field as well because people are watching. It is the character in a person that differentiates a boy from a man and every day I guide them to be good and disciplined human beings,” said Pio Tuwai

The former national 7s star is mentoring and moulding a Westfield Babaas squad packed with skills and talents.

However, Tuwai said exposure was needed to ensure the players were able to absorb the pressure of playing in a tournament of such a high standing.

“It is not easy to get all the boys preparing together for the tournament this weekend, but nothing will change. I told the boys that never mind we trained together as a team from Monday, we have to focus on the Nawaka Sevens this weekend.” Tuwai said.

“They have been playing from late last year during the festive season participating in various 7s tournaments in their respective clubs around the Western Division, but it will be the first time that the boys will represent the Westfield Babaas Club this weekend.”

The Westfield Babas has a squad of 15 players.

“Most of the boys have played in tournaments and the combination is there.

“I told them to work together because it is not the first time they will play sevens rugby. So they know what to do.”

Ba River Rugby Club has contributed the majority of the squad members expected to feature for the Westfield Babaas club whilst a couple are from Nadi and Suva respectively.

“I handpicked them and most of the boys are from Ba because they have been playing together in one team as a club and just a few are from Nadi and Suva.”

The mentioned players are from Votua Village in Ba and they arutility back players.

“They are only 19-20 years old, but they have the talent to play in big tournaments such as this although it will be their first time to play at the Nawaka Sevens.”

The captain’s armband is expected to be worn by rugged Saunaka forward Lasaro Bogisa. Tuwai said Bogisa would play as a hooker and has been a gifted ball hunter in 7s.

“Lasaro is a good rugby player. I have been following him for the past few years. We also played together in the Westfield Babaas team. I know this time he has matured as a rugby player and is a star for the future,” the former Xavier College student added.

Westfield Babas will be fielding one team at the 33rd Fiji Bitter Nawaka 7s and is pooled with Mosi, Fire-West and Wailevu Blacks in Pool 3.

“We have won the Nawaka Sevens twice before and we are taking the tournament very seriously,” Tuwai, the former soccer striker of Xavier College said.

The director of Westfield Babaas is Ponijese Lou, resides in Brisbane, Australia.

He is from Saunaka, Nadi and is a businessman.

Household names such as Filipo Nakosi, Josua Tuisova, and Waisea Nacuqu are some players who have steered the club to the winner’s podium in past tournaments.

The two-day 7s tournament will be held today and tomorrow at Prince Charles Park in Nadi. The defending champion is the Police team.