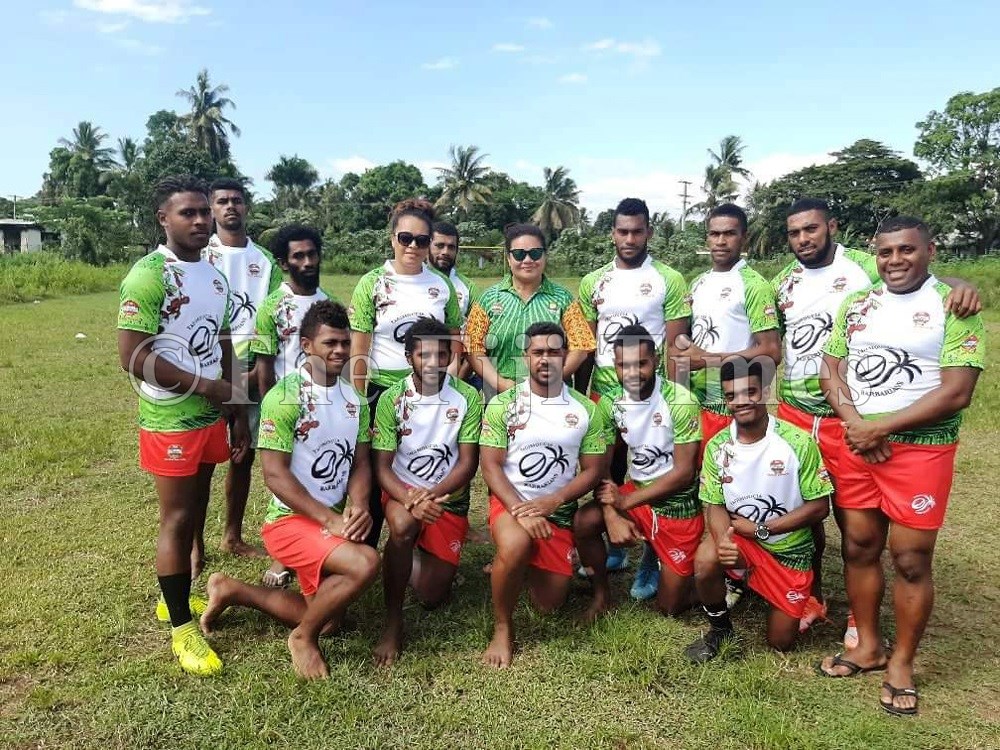 Members of the Tagimoucia Barbarians team with offi cials and sponsors in Nadi. Picture: SUPPLIED

THE Tagimoucia Barbarians, made up of young aspiring players, some of whom live in squatter areas of Nadi, hope to showcase their talents at the 33rd Fiji Bitter Nawaka 7s in Nadi this weekend.

They are expected to play well to turn their dreams of playing professional rugby into a reality.

The club which was formed by fashion designer Ana Rabuka earlier this year includes unemployed youths who have a dream to stamp their mark on the international rugby stage.

Rabuka said she always had an idea of forming sporting teams.

“Last year I started a netball club for young girls between the age of 14-16 years,” she said.

“This year, with a help of a few friends, we have put together this rugby team. It is part of my community work to help those who do not have enough. These young talented rugby enthusiasts have a dream of making it big in the sport. We are grateful to Fiji Bitter for donating the rugby gear for the Nawaka Sevens, Jet-Tex Screen Printers for our merchandise and Tanoa Skylodge Hotel for sponsoring our team launch night.”

Tagimoucia Barbarians are in Pool Five with Wardens, BNK Brothers and Men Delta. Rabuka said the side would go into the tournament as underdogs.

“We respect all the teams in the pool,” she said.

“Nawaka 7s will be a good exposure for the boys. There is a lot of talents in the team and the boys are very dedicated. They are also inspired by the David and Goliath story, so they will rise to the occasion.”

The Nawaka 7s will kick off at 9am at Prince Charles Park in Nadi today.