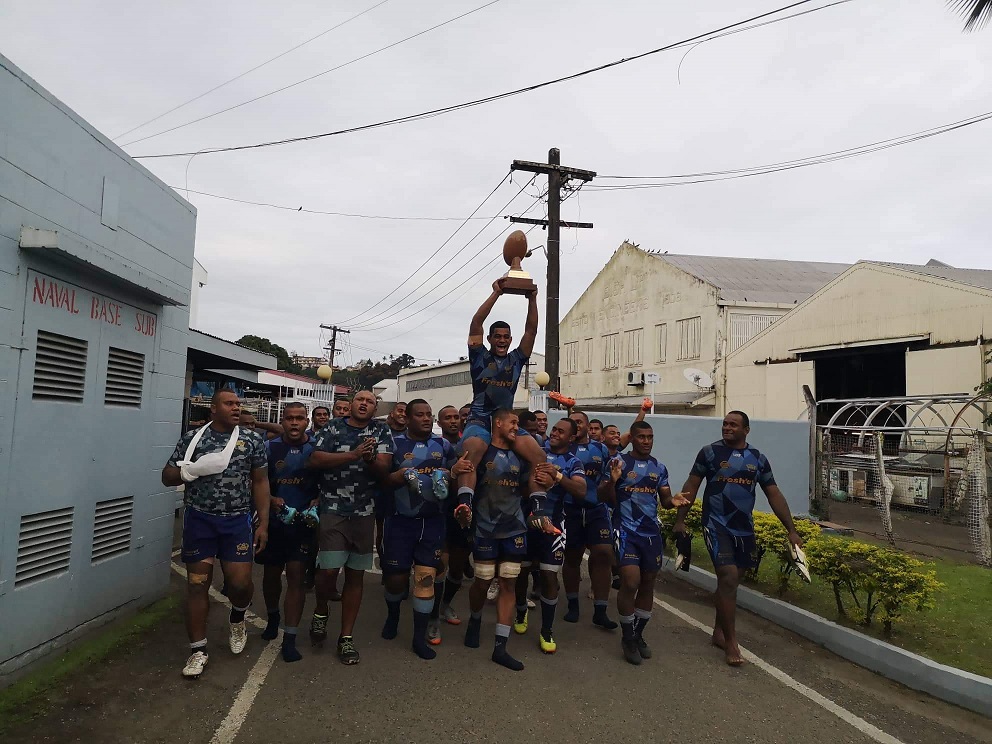 NAVY defeated Republic of the Fiji Military Force 3FIR 20-16 to win the Bainimarama Cup for the seventh time at the Queen Elizabeth Barracks ground today.

Manager Osea Natuva said it was a good win after the disappointment of the Escott Shield where they lost to the same team.

“We salute 3FIR for always giving us a tough matchup,” Natuva said.

“Despite most of the squad not playing as they are preparing for the International Defence rugby competition, the rest of the squad really stepped up.

“A good win of the season.”