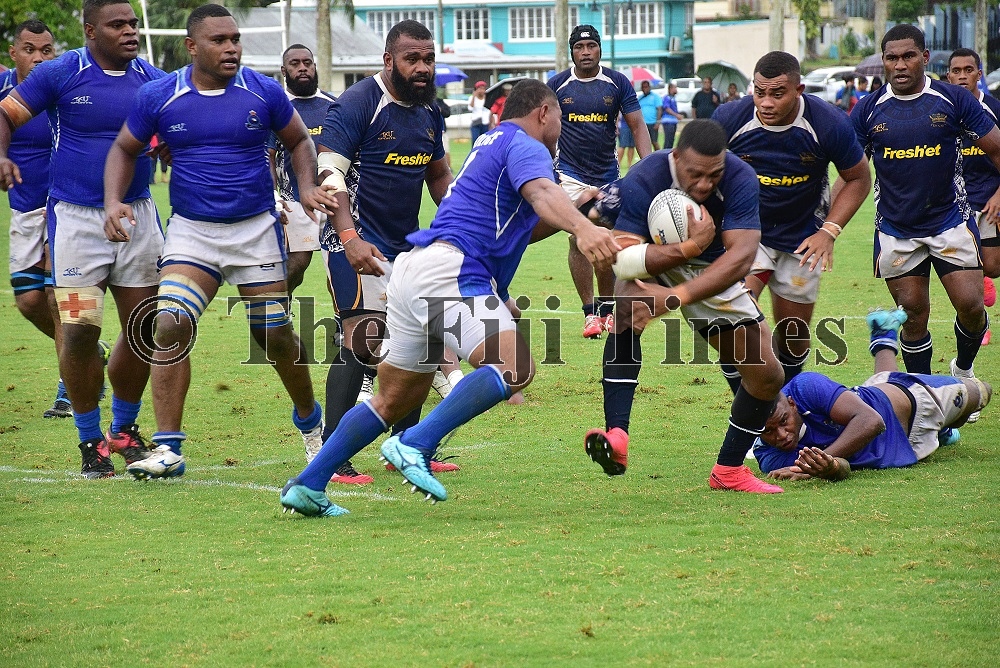 Fresh’et Navy captain Lemeki Damu said it was a sweet victory after being in the final for the past two years and coming second best.

“We fell short in the final the last two years, but this year we knew from the beginning we were taking the Escott Shield back with us,” Damu said.

“Police took the shield from us in 2018 and to reclaim the trophy today and win against them in the final makes the win memorable.”

There was no love lost between the two sides both laced with players from the Skipper Cup winning Suva team.

Navy went to the break at half time with a slight 10-9 lead after a lone try from prop forward Mateo Qolisese with fly half Jone Manu adding the conversion and an earlier penalty.

Police’s first half points came from half back Terio Tamani nailing three successful penalties. The Navy scrum was in devastating form all game long.

Police conceded a penalty try at the onset of the second half as the Police scrum failed to hold the powerful sailors.

Tamani looked to keep his side in the game with another penalty bringing the law enforcers to within five points.

But the icing on the cake came from Manu who put in a clever cross-kick to find openside winger Malakai Vakalawa who crashed over the line for the clincher with Manu converting.

Police scored a consolation unconverted try at the death but it was to no avail.