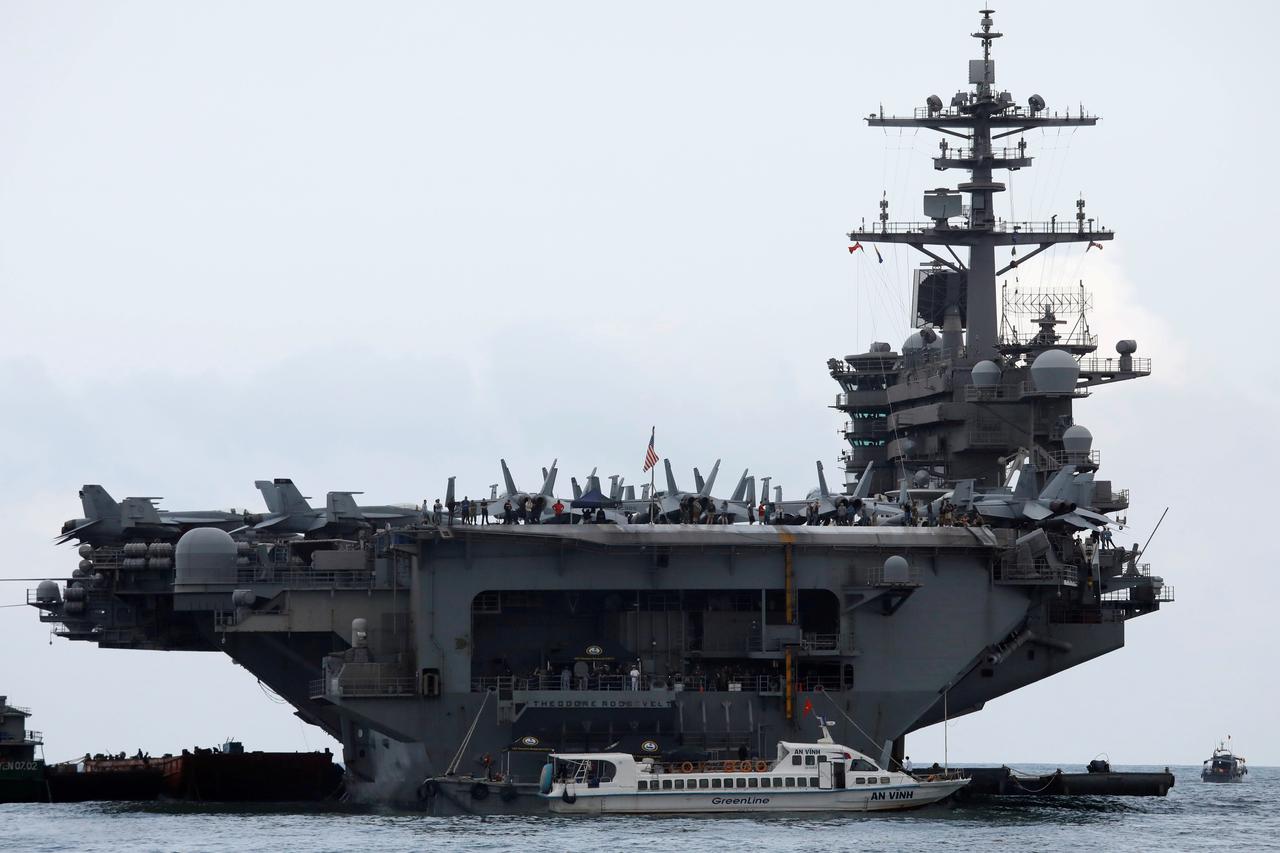 FILE PHOTO: The USS Theodore Roosevelt (CVN-71) is seen while entering into the port in Da Nang, Vietnam, March 5, 2020. REUTERS/Kham

WASHINGTON (Reuters) – The U.S. Navy on Wednesday did not rule out punishing the captain of the Theodore Roosevelt carrier who wrote a scathing letter to Navy leadership asking for stronger measures to stop the spread of the coronavirus.

“I don’t know who leaked the letter to the media. That would be something that would violate the principles of good order and discipline, if he were responsible for that. But I don’t know that,” Acting U.S. Navy Secretary Thomas Modly said when asked multiple times if the captain would be punished.

“The fact that he wrote the letter up to his chain of command to express his concerns would absolutely not result in any type of retaliation,” Modly said.

Modly added that he did not agree with the captain that all but 10 percent of the ship’s crew could be removed.