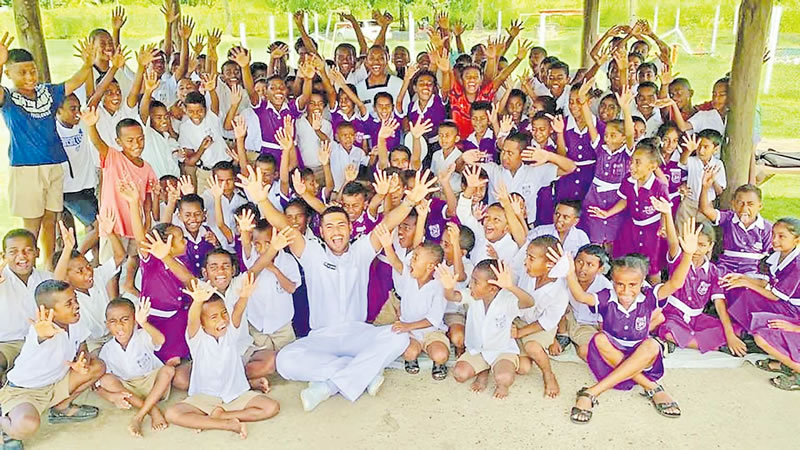 Teaching young children about sea safety is pivotal and who better to do it than those who act as guardians of Fiji’s waters the Republic of Fiji Navy (RFN) personnel.

Personnel from the RFNS Kacau, RFNS Volasiga and the Fiji Hydrographic Office, who were deployed on a naval tasking in the West, took time off from their hectic survey schedule to conduct sea safety and awareness at Nabila Public School in Nadi on Wednesday, March 30. 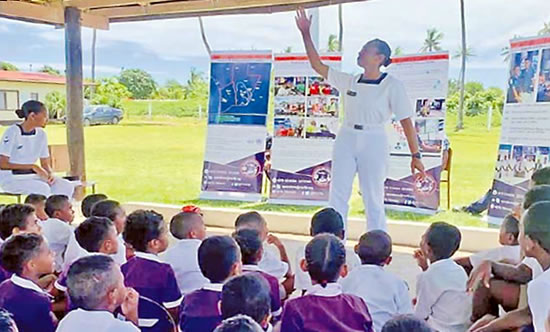 A Fiji Navy personnel explains about sea safety to the students of Nabila Public School. Picture: REPUBLIC OF FIJI NAVY

According to RFN, creating awareness on sea safety and general community clean up engagements were two social responsibilities that are normally undertaken by the RFN personnel and ships when on deployment.

The Fiji Navy highlighted that a team had conducted a clean-up around the school compound, clearing drams and potential breeding places for mosquitoes for the student and teachers.

The engagement was well received by the school. 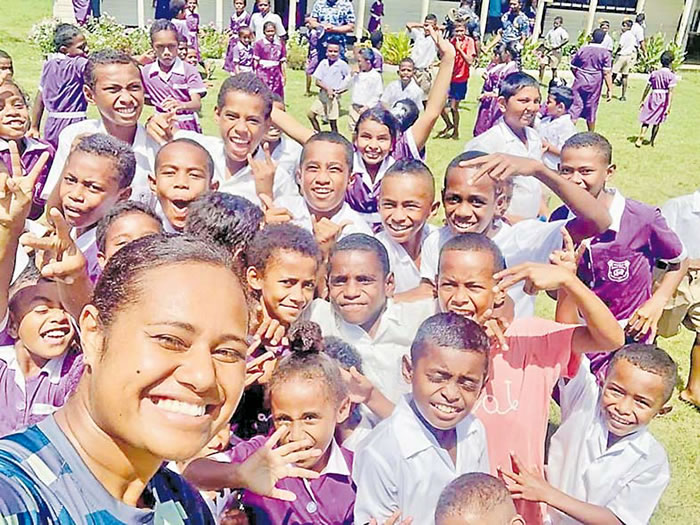 Students enjoy themselves after the sea safety engagement they had with the RFN personnel. Picture: REPUBLIC OF FIJI NAVY

The RFN highlighted that while the activity allowed the naval personnel to have some respite from the hectic ship’s routine on prolonged deployment and it also allowed them to fulfil their social responsibility to the general public.

The ships and personnel resumed normal duties on Wednesday, March 31.