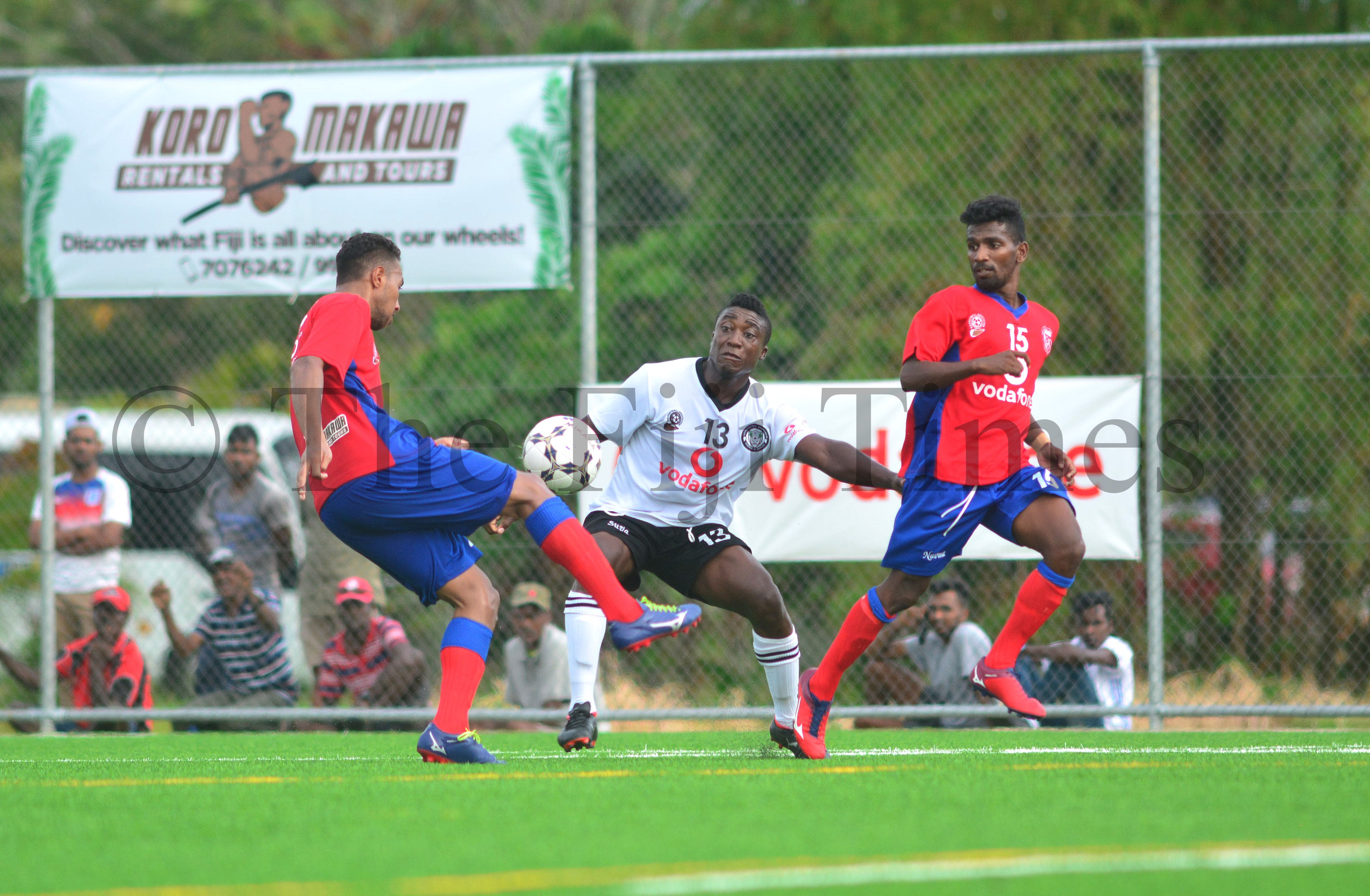 Action from the match between Suva and Navua yesterday. Picture: JOVESA NAISUA

Newcomers to the Vodafone Premier League Navua Football Association held off giants Suva Football League to a one-all draw in front of a vocal crowd during their clash at the Uprising Beach Resort Sports Complex in Pacific Harbour yesterday.

Suva coach Babs Khan was a visibly disappointed man after the contest saying that his team with a star-studded lineup failed to utilise their superior firepower to secure a win.

“We definitely need to restructure our strikeforce,” Khan said.

“There’s a lot of things we need to iron out in the decision making of the players and we were unlucky not to get any points from the game.”

On the other side, Navua coach Sailosi Danford commended his players for sticking to their game plan against a formidable opposition.

“We came into this game with a game plan and that was to defend and our players did exactly that,” Danford said.

Suva drew first blood earlier on the 26-minute mark with national rep Christopher Wasasala finding the back of the net with a strong strike sending Suva to the break with a 1-0 lead.

Navua’s Monit Chand nailed the equaliser 15 minutes into the second spell as he pounced on a loose ball in the box to skip it past Suva goalkeeper Emori Ragata to level the scores.