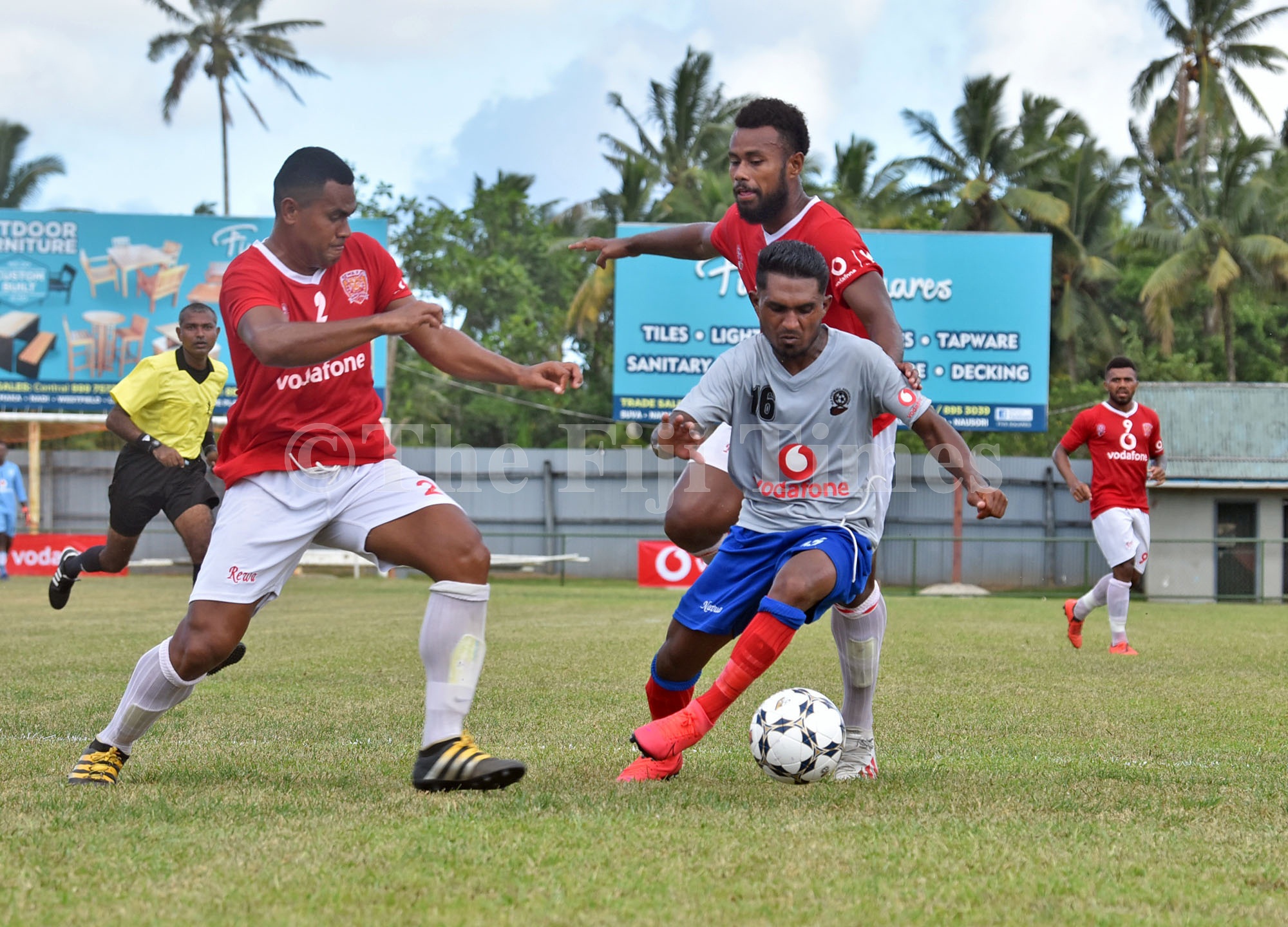 Navua's Sharad Kumar tries to dribble past the Rewa defence during their football match at Ratu Cakobau Park in Nausori on Sunday, March 01, 2020. Picture: JONACANI LALAKOBAU

The Navua football team is treating its match against traditional champion Ba with renewed vigour as the side readies itself for a daunting challenge.

The Men in Black will host Navua at the Fiji Football Association academy ground 1 in Ba on Saturday at 3pm.

“Preparation has been ongoing. The players regrouped last week. All players are back at training which is a positive sign,” Navua Football Association president Rajeev Prasad said.

He said the three-month hiatus in football competitions because of COVID- 19 had an effect on his brigade.

“Some of the players have put on weight, the coach is working on their fitness. We have a very young squad. We are training at the Uprising Beach Resort sports complex.”

The team had friendly matches against Rewa last weekend.

“We played against Rewa last Saturday and Sunday. Although we lost both matches, the scoreline was fair. The boys need to polish on their finishing and improve on some defensive structures.

“The sporting restrictions should not be used as an excuse. After watching the two friendly matches, the players are in shape. Most of them are farmers and match fitness should not be a problem.

“Maybe the heat in the Western Division can be a factor, but Navua is going for either a win or a draw. We are going to give Ba a good run.” Former Lami striker Taniela Rokoviva will play for Navua this soccer season.

“The team lacked a good striker hence we approached Taniela from Lami.”

Navua is languishing at the bottom of the Vodafone Premier League standings after having played four matches.

Rewa is leading with 12 points after playing five matches.