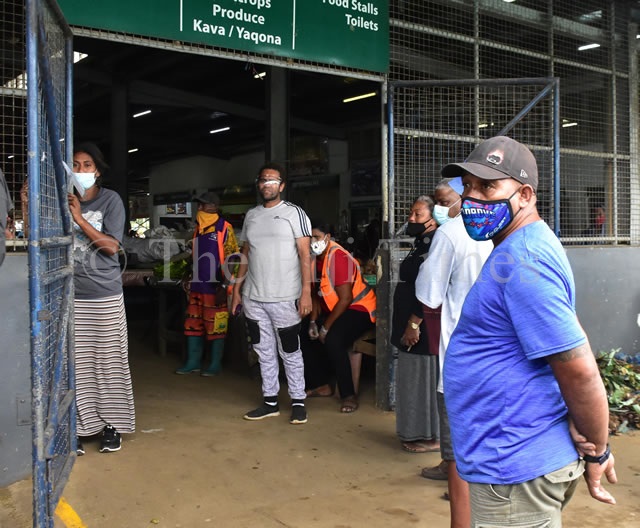 About 500 Nausori market vendors claimed they lost more than $1.7 million after they were stopped from retrieving perishable items and selling them outside the market premises.

Nausori Market Vendors Association representative Kinisimere Gonerogo said they understood the need to close the facility for disinfection after positive COVID-19 cases were detected there but, she said, there was very little consultation conducted with vendors.

She said vendors spent more than $1000 a day to buy root crops and vegetables from the Sawani and Logani borders and also paid $160 per day in transportation costs.

Ms Gonerogo said on Wednesday last week, the Republic of Fiji Military Forces soldiers guarded the market and stopped them from retrieving perishable produce from their stalls.

Luseani Tuisalalo, a vendor for 15 years, said she cried as she threw away heaps of cucumbers, ota (fiddlehead fern) and pawpaws that were spoilt.

Another vendor, Maraia Lauti, said vendors were finally allowed to sell outside the market after they reasoned with RFMF soldiers.

She said the Nausori Town Council was supposed to disinfect the market last Wednesday but did not do it until Thursday and this further affected their produce.

When quizzed, the RFMF referred all questions to the Government.

They said they were acting on orders to vacate the facility.

Questions to the Local Government Ministry on the issue remain unanswered.

However, on its official Facebook page, the Nausori Town Council posted an advisory at 3.46pm on Tuesday last week, ensuring vendors business would return to normal on Thursday.