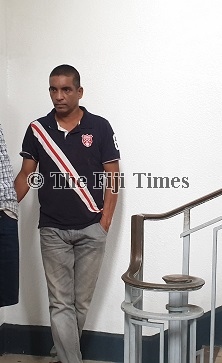 Sanjay Lakhan,45, the Nausori man accused of using a cane knife to strike his stepdaughter and his wife in May this year has denied the charges against him.

Mr Lakhan is charged with two counts of act with intent to cause grievous harm.

It is alleged that Mr Lakhan wounded both victims using a cane knife.

State lawyer Sheenal Swastika told court that the accused was present with the complainants at their home on the day of the alleged incident and there had been an argument.

She also told court that prosection would be calling seven witnesses during trial.

Defence indicated their only witness would be the accused.

Lakhan was further remanded. His bail hearing would be called on August 3.

The substantive  matter has been adjourned to August 3.